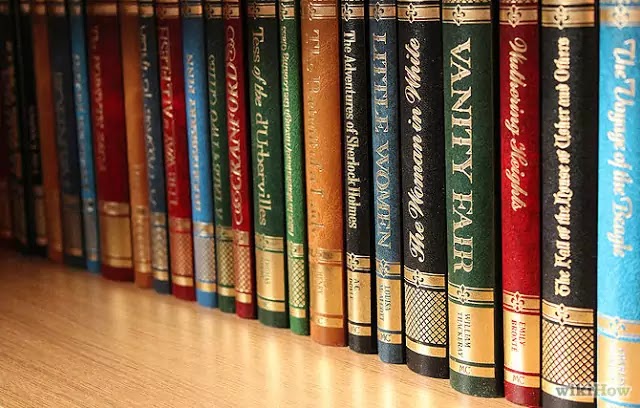 A fictional attempt to give the effect of realism. This sort of novel is sometimes called a novel of manner. A realistic novel can be characterized by its complex characters with mixed  motives that are rooted in social class and operate according to highly developed social structure. The characters in realistic novel interact with other characters and undergo plausible and everyday experiences.

Examples:
Thirteen Reasons Why by Jay Asher, Looking for Alaska by John Green.

A picaresque novel  relates the adventures of an eccentric or disreputable hero in episodic form. The genre gets its name from the Spanish word picaro, or “rogue.”

A Historical novel is a novel set in a period earlier than that of the writing.

Epistolary fiction is a popular genre where the narrative is told via a series of documents. The word epistolary comes from Latin where ‘epistola’ means a letter. Letters are the most common basis for epistolary novels but diary entries are also popular

German terms that indicates a growth. This fictional autobiography concerned with the development of the protagonist’s mind, spirit, and characters from childhood to adulthood.

An autobiographical novel is a novel based on the life of the author.

Satire is loosely defined as art that ridicules a specific topic in order to provoke readers into changing their opinion of it. By attacking what they see as human folly, satirists usually imply their own opinions on how the thing being attacked can be improved.

A religious novel is a novel that is set against the background of a particular area.

A novella is a short, narrative, prose fiction. As a literary genre, the novella’s origin lay in the early Renaissance literary work of the Italians and the French. As the etymology suggests, novellas originally were news of town and country life worth repeating for amusement and edification.

Detective fiction is a subgenre of crime fiction and mystery fiction in which an investigator or a detective—either professional or amateur—investigates a crime, often murder.

These sort of novelists attempted to explore the intellectual responses of the intelligentia to the world. Characteristically, their novel displays the clash of ideas and intellectual verification of knowledge., value and response, a diminishing faith on the cosmic significance of existence,  argument and counter argument in discussion, separation of concept of love and sex, conversation without communication, and a dehumanizing effect of disillusionment in the 20th century.

Graham Greene’s The Power and the Glory, The Heart of the Matter, Elizabeth Bowen’s The Hotel, The House in Paris.

Psychological novels are works of fiction that treat the internal life of the protagonist (or several or all characters) as much as (if not more than) the external forces that make up the plot. The phrase “Stream of Consciousness” was coined by William James in his Principles of Psychology (1890), to describe the flow of thought of the waking mind.

The genre focussed on possible development of societies, very often dominated by totalitarian governments. This type of novels must have social and political message. The term generally refers to fiction in Europe and the Soviet Union reacting to Communist rule.

This is a novel that is often set in the historical past with a plot that emphasizes adventure and an atmosphere removed from reality. The characters in a prose romance are either sharply drawn as villains or heroes, masters or victims; while the protagonist is isolated from the society.

The Story of the Pillow by Shen Jiji, and The Governor of the Southern Tributary State by LiGongzuo.

In a novel of incident the narrative focuses on what the protagonist will do next and how the story will turn out.

A novel of character focuses on the protagonist’s motives for what he/she does and how he/she turns out.

French term for a novel with a key, imaginary events with real people disguised as fictional characters.

The Bell Jar by Sylvia Plath, Animal Farm by George Orwell, On the Road by Jack Kerouac etc.

Dime novels were short works of fiction, usually focused on the dramatic exploits of a single heroic character. As evidenced by their name, dime novels were sold for a dime (sometimes a nickel), and featured colourful cover illustrations. They were bound in paper, making them light, portable, and somewhat ephemeral.

Example: Dime novels are, at least in spirit, the antecedent of today’s mass market paperbacks, comic books, and even television shows and movies based on the dime novel genres. Buffalo Ball.

Hypertext fiction is a genre of electronic literature, characterized by the use of hypertext links which provide a new context for non-linearity in literature and reader interaction. The reader typically chooses links to move from one node of text to the next, and in this fashion arranges a story from a deeper pool of potential stories. Its spirit can also be seen in interactive fiction.

The sentimental novel or the novel of sensibility is an 18th-century literary genre which celebrates the emotional and intellectual concepts of sentiment, sentimentalism, and sensibility.

A utopia is a community or society possessing highly desirable or perfect qualities. It is a common literary theme, especially in speculative fiction and science fiction.

Graphic novels are, simply defined, book-length comics. Sometimes they tell a single, continuous narrative from first page to last; sometimes they are collections of shorter stories or individual comic strips. Comics are sequential visual art, usually with text, that are often told in a series of rectangular panels. Despite the name, not all comics are funny. Many comics and graphic novels emphasize drama, adventure, character development, striking visuals, politics, or romance over laugh-out-loud comedy.

Examples: The War of the Worlds by H.G. Wells, The Time Machine.

Term originated from the magazines of the first half of the 20th century which were printed on cheap “pulp” paper and published fantastic, escapist fiction for the general entertainment of the mass audiences. The pulp fiction era provided a breeding ground for creative talent which would influence all forms of entertainment for decades to come. The hardboiled detective and science fiction genres were created by the freedom that the pulp fiction magazines provided.

His To Possess by Opal Carew, On Dublin Street by Samantha Young.

A novel sequence is a set or series of novels which share common themes, characters, or settings, but where each novel has its own title and free-standing storyline, and can thus be read independently or out of sequence.

An antinovel is any experimental work of fiction that avoids the familiar conventions of the novel, and instead establishes its own conventions.

The interactive novel is a form of interactive web fiction. In an interactive novel, the reader chooses where to go next in the novel by clicking on a piece of hyperlinked text, such as a page number, a character, or a direction.

Stories involving paranormal magic and terrible monsters have existed in spoken forms before the advent of printed literature.

Adventure fiction is a genre of fiction in which an adventure, an exciting undertaking involving risk and physical danger, forms the main storyline.

A dystopia is an unpleasant (typically repressive) society, often propagandized as being utopian.

The mystery genre is a type of fiction in which a detective, or other professional, solves a crime or series of crimes. It can take the form of a novel or short story. This genre may also be called detective or crime novels.

14 thoughts on “Different Types of Novel | Types of Fiction”