Literally, the term ‘rhetoric’ roots from the Greek word “rhetor”
meaning ‘public speaker’ or ‘public orator’. Rhetoric is an art, intended for
swaying the feelings or emotions of a hearer or reader. It is the ‘whole art of
elegant and effective composition, whether spoken or written. Aristotle, the
master philosopher defines ‘rhetoric’ as “the
faculty by which we understand what will serve our turn, concerning any subject
to win belief in the hearer.” According to Locke, ‘rhetoric’ was the art of speaking with propriety, elegance and force”

On the whole, we may say that rhetoric is the study and
practice of communication that persuades, informs, inspires, or entertains
target audiences in order to change or reinforce beliefs, values, habits or
actions. 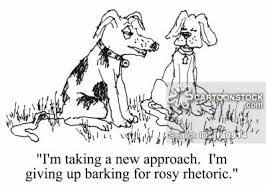 Difference between ‘Grammar’ and ‘Rhetoric’

With the rules of composition, both ‘rhetoric’ and ‘grammar’ are
inter-connected.
The basic purpose of learning ‘grammar’ is to speak or write a language
correctly and clearly. By reading grammar one learns different rules,
concerning sentence-structure, pronunciation, spelling, syntax, punctuation,
and so on.

Apparently, the fundamental aim of learning rhetoric is to add
stylistic beauty and grace to a language just like ornamenting a woman enhance
her charm.

What is ‘Figure of Speech’?

The word ‘figure’ (Lat. ‘figura’) means ‘external structure’ or ‘outward
shape’. It’s another meaning is ‘remarkable’. So “A figure of speech”,
as observed by Bain, “is a deviation from the plain
and ordinary way of speaking, for the sake of greater effect.”
People are found to use them, often unconsciously or unknowingly, in their
ordinary affairs of life. “They are”
in the language of Martin, “the warp and woof of
somebody’s speech.”

Classification of ‘Figure of
Speech’

Generally, there are seven figures of speech: