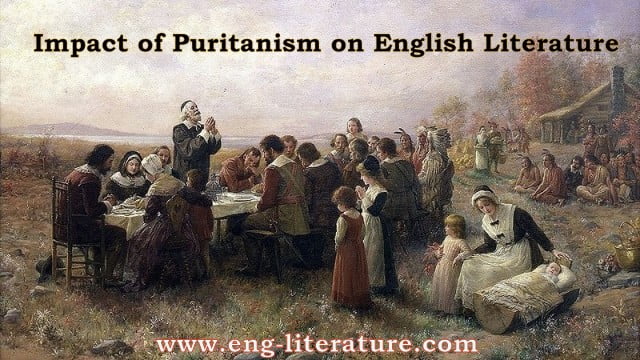 In order flush out and purify the Church in England a religious reform movement took place in the late 16th and 17th century. This movement is termed as Puritan Revolution. Not satisfied with the change that King Henry VIII, Edward II, and Queen Elizabeth made after Reformation, some extreme Protestants exhibited their contempt and discontentment. It laid the foundation stone for religious, intellectual and social order of New England. Puritanism, however, was not only a historically specific phenomenon coincident with the founding of New England; it was also a way of being in the world, a style of response to lived experience- that was reverberated through American life ever since.

The Puritans coloured their lives on the preaching of religious reformers, John Wycliffe and John Calvin. They had their own sets of beliefs and idealisms. These are:

Charles I of England made efforts to purge all Puritan influences in England, which resulted in the Great Migration to Europe and American colonies. Those who remained in England responded to this persecution with the English Civil War (1641-1651) which led to the execution of Charles I, the Exile of his son Charles II and the rise of Oliver Cromwell.

The Puritan period was too short for a man to be born into it and reach manhood while the influence was strongest and too stormy. Poets like Andrew Marvell, Abraham Cowley and John Milton led their tremendous impact on Puritan poetry. Milton’s Paradise Lost is a dream for the Puritans. In the field of prose literature Robert Burton and John Bunyan are worth mentioning. Bunyan’s Pilgrim’s Progress had kissed the zenith of success and is well regarded “Next to Bible” (Taine). Undeniably, this book is the greatest product of Puritan literature. There was a steep decline of drama in the puritan period. After The Tempest in 1611, the productive energy of English renaissance seemed to dry up.

The large victory in the Civil War supplied oxygen to the Puritans to set up the Commonwealth. Oliver Cromwell built his military dictatorship during Protectorate, but in 1660, monarchy was restored. Though failed, the Puritans left their shoes to put on for the Whig Party into the Political affair of England.

1 thought on “Impact of Puritanism on English Literature or Who are the Puritans? What effect did Puritanism have on the course of literature in the 16th and 17th century?”