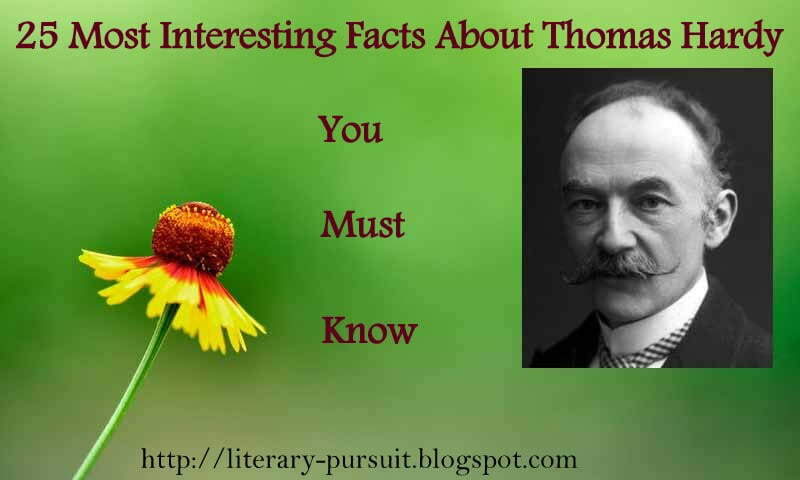 Thomas Hardy was born on June 2, 1840, in Upper Bockhampton near Stinsfrod in Dorset, England, which formed part of the “Wessex” of his novels and poems.