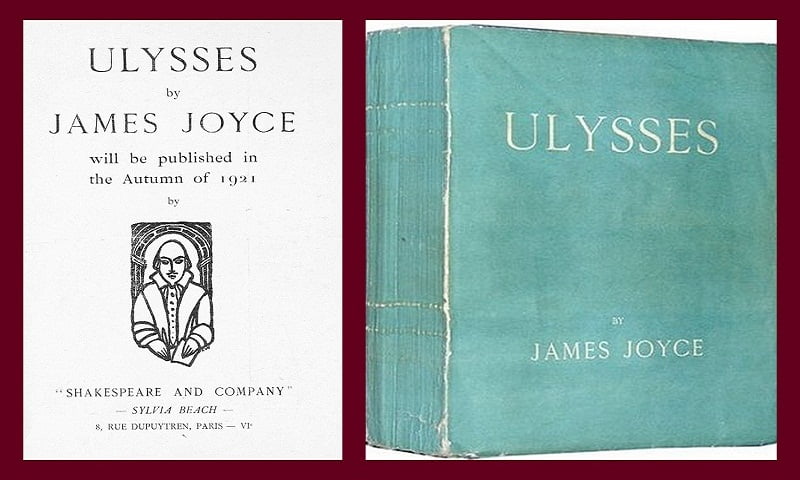 James Joyce’s Ulysses occupies a very significant place in the history of English literature. The novel is one of the greatest chef d’oeuvres of modernist literature. The textual history of Ulysses was first published on 2 February 1922. But, Ulysses is also sometimes seen as so experimental that it is completely unreadable.

Ulysses began as a discarded chapter from Joyce’s first collection, Dubliners (1914) and for all its length it retains the fierce intimacy of a great short story. The action of the novel, famously, occurs on a single day, 16 June 1904, coincidentally the date of Joyce’s first outing with Nora Barnacle, later his beloved wife. On “Bloomsday”, the reader follows Stephen Dedalus (the protagonist of A Portrait of the Artist as a Young Man), Leopold Bloom, a part-Jewish advertising canvasser, and his wife Molly.

The connection to The Odyssey is informal (Bloom is Odysseus, Stephen matches Telemachus and Molly is Penelope) and the chapters roughly correspond to episodes in Homer (“Calypso”, “Nausicaa”, “Oxen of the Sun”, etc.). Joyce himself revered the book that had inspired his masterpiece.

Ulysses is often said to be “difficult”, but really it is not. Joyce’s word-play, rivalling Shakespeare, whose teeming vocabulary he surpasses, is intoxicating, and deeply Irish. One of the best ways to encounter the novel is through any good audio-book recording. As Stephen Dedalus remarks: “Every life is many days, day after day. We walk through ourselves, meeting robbers, ghosts, giants, old men, young men, wives, widows, brothers-in-love. But always meeting ourselves.”

Ulysses is endlessly inventive, and labyrinthine in its construction. The novel is both a mythical adventure of the everyday and a stunning portrait of internal psychological processes–rendered through high art. Brilliant and sparkling, the novel is difficult to read, but offers rewards tenfold the effort and attention that willing readers give it.