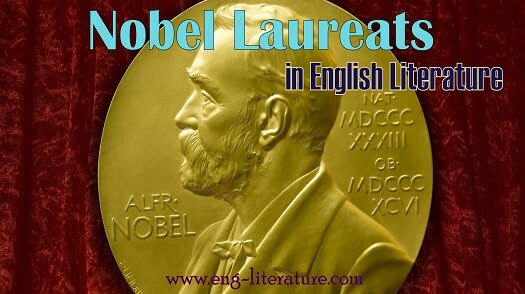 Founded in 1895 by the
Swedish chemist and inventor of dynamite Alfred Bernhard Nobel, the Nobel Prize
is an annual award acknowledging outstanding contributions to physics,
chemistry, physiology or medicine, literature, economics, and peace. The Nobel
Laureates are announced at the beginning of October each year. A couple of
months later, on 10 December, the anniversary of Alfred Nobel’s death, they
receive their prizes from the Swedish King – a Nobel diploma, a medal, and 10
million Swedish crowns per prize. All Nobel Prizes are awarded in Stockholm,
Sweden, except for the Nobel Peace Prize, which is awarded in Oslo, Norway.
Here is a list of some
eminent literary personas that were awarded and adorned this Nobel Prize for
their ornamental contribution in English Literature.
~~~~~*~~~~~