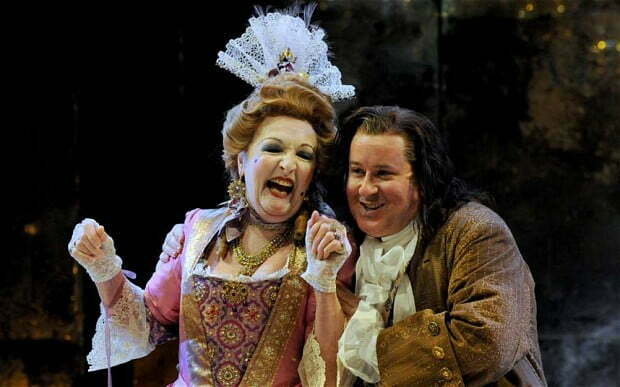 The Way of the World as a Restoration Comedy

“The Restoration comedy of manners reached its fullest expression in The Way of the World (1700) by William Congreve, which is dominated by a brilliantly witty couple.”

The themes of the Restoration comedy of manners are love, marriage, adulterous relationships amours and legacy conflicts; and the characters generally include would be wits, jealous husbands, conniving rivals and foppish dandies.

The society depicted in The Way of the World is the upper class fashionable society of London. The action of the play takes place in three places. The first is the chocolate House which was used for socializing and entertainment during the Restoration. The second is St James’s Park in London where the upper class people walked before dinner. The third is the house of Lady Wishfort, an aristocratic woman.

Most of the male and female characters of the play are cultured, talented, formal, artificial, fashionable, depraved, ‘cold’ and ‘courtly’. Their qualities are actually a part of Restoration age culture.

The Restoration period was an age of loose morals and, and was devoid of moral values. The Way of the World contains this current through the illicit love and adulterous relations – e.g. relation between Fainall and Mrs. Marwood, between Mirabell, the hero, and Mrs. Fainal.

Love intrigues occupy an important place in the plot of comedy of manners. It is the major theme of the play. The Way of the World follows this convention. The entire play deals with the intrigues of Mirabell to gain the hand of Millamant. To achieve his aim, he pretends to make love to Lady Wishfort, an aged lady. When he fails, he hatches a deeper plot. At any cost Lady Wishfort wants to have a husband. Thus he gets her servant married to Lady Wishfort’s maidservant.

In The Way of The World, we are acquainted with the vanities, affectations and fashions of the time. Mirrabell satirically remarks in the proviso scene on women’s fondness of wearing masks, going to the theatre with or without their husbands’ knowledge, idle gossip, slandering the absent friends etc.

The Way of The World brings before us witty Restoration ladies and gentlemen even their servants and fools are witty. As a result, the dialogue is throughout witty which is something unrealistic. Therefore the play, like other plays of its kind, is called an ‘artificial’ comedy.

The characters in the comedy of manners are of a set pattern. They are largely types. Sometimes their names show their characteristics. In such comedies we find fops and gallants in the company of gay ladies and butterflies of fashions. We find giddy girls, lustful women, deceived, jealous and impotent husbands. Fops and ladies spend their time to conspire against their rivals in love.

Thus, Congreve’s The Way of the World has all the ingredients and flavor of a perfect romantic comedy or comedy of manners.