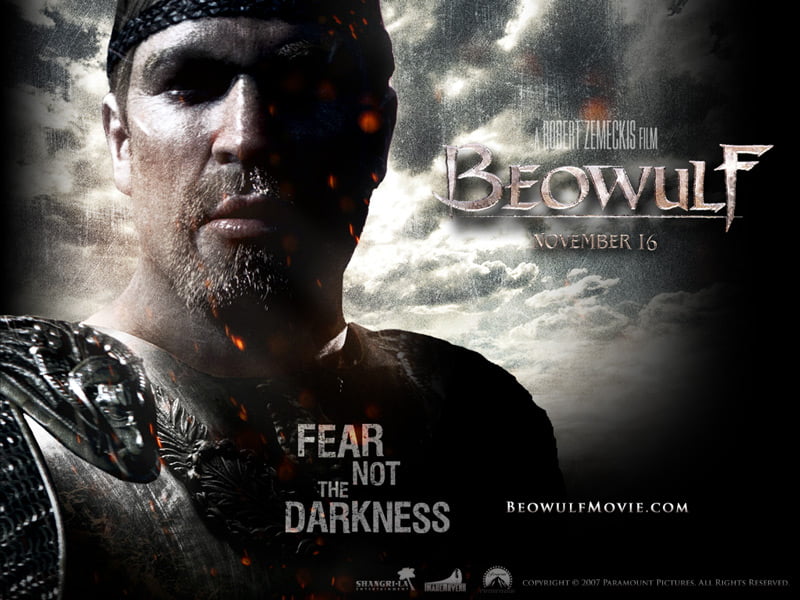 Typically, epic heroes are honest, hard-working, loyal, brave, of noble birth and probably good-looking, too. Beowulf has all these qualities. The hero of Beowulf, Beowulf is a Geatish warrior loyal to his king, Hygelac. Beowulf’s father was the warrior Ecgtheow, and his mother is a sister of Hygelac. Despite his noble lineage, Beowulf was a bit of a juvenile delinquent, and little was expected of him. But he soon proved his doubters wrong and grew up to be a great warrior. He has the strength of thirty men in his grasp, and rather remarkable swimming ability. In addition to his great warrior skills, Beowulf eventually becomes a strong, powerful, and generous king.
Like a true hero Beowulf possesses enormous inhuman strength. With his skills and talent, he can overcome all. He fears no enemy. He defeats three monsters- Grendel, Grendel’s mother, and the fire breathing Dragon. In his last battle, Beowulf was fatally wounded, but he won the battle before he died. This was the fall of a great hero.
Also Read:
Beowulf as an Epic
Loyalty is the most respected characteristic in Anglo-Saxon society. Beowulf is loyal to king Hrothgar – who once saved his father – evidenced by his arrival to kill the monsters threatening Herot; loyal to his own king; loyal to his own men as evidenced by his decision to stay and with them and sleep in the same place rather than a place of honour. Beowulf is showing loyalty to Hrothgar because of family ties.

“Fame and success, even survival, were gained only through loyalty to the leader.” (Leeming 11)

Friendship is important because it shows another aspect of loyalty. The virtue of friendship is valued among Anglo-Saxons, even though it isn’t valued so highly as loyalty.

“Beowulf, you’ve come to us in friendship, and because of the reception your father found at our
court.” (Beowulf 191-192)

Beowulf never thinks fighting the monster, that until his arrival, have done nothing but kill before him as evidenced by his courage can be found throughout the text. Beowulf rounds out in epic quality by proving himself to be a capable ruler. He is not power-hungry guy as he initially refuses the throne of his country and only became king when there is no other option. His reign of fifty years showers peace and prosperity to his country.
Beowulf frequently references giving glory to ‘God’ or the ‘Lord’ after a victory; the traditionally pagan tale passed down orally was finally written by Christian monk, so the faith in God element was likely added as a means of spreading Christianity.
An epic hero is not thoroughly perfect and immortal but he certainly has a sort of super-human caliber. He is larger than life. Beowulf at the end sacrifices him fighting with a dragon to protect his kingdom. Beowulf as a remarkable leader with heroic feats arrests our mind.