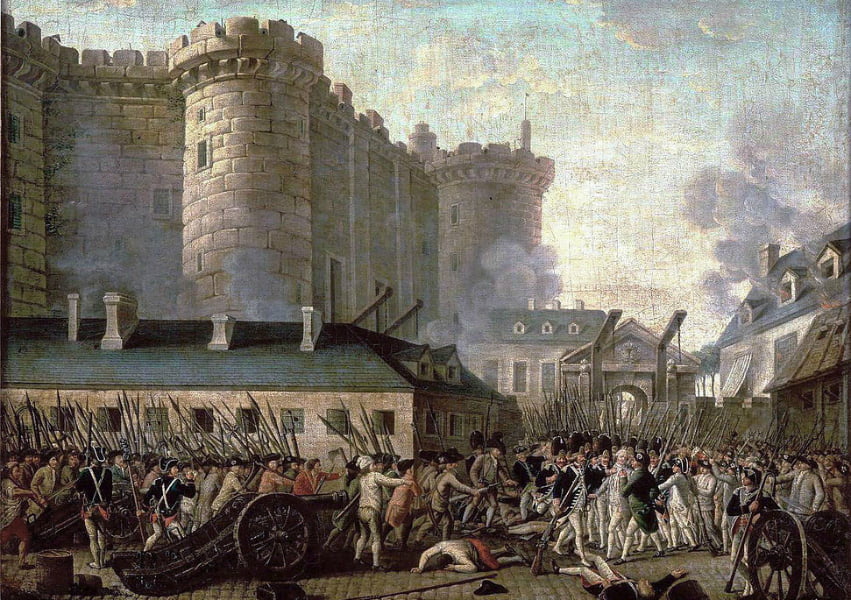 The French Revolution, which broke out in 1789, had affected not merely the political and social destiny of France, but exerted a far-reaching and profound influence in shaping the destiny of the whole continent. Centuries of oppression came to an end. People everywhere were inspired with democratic ideals, and the power of the king and the aristocrats came crumbling down. A wonderful humanitarian enthusiasm and gorgeous dreams of progress and perfections were thus kindled in ardent young soul. As Wordsworth puts it:

“But Europe at the time was thrilled with joy

France standing on the top of golden hours

The Causes of French Revolution

There were several causes for the French Revolution:

All these brought matters to a boiling point and with the attack of Bastille on 14th July in 1789, the French Revolution began. When the concept of absolute monarchy was rejected Louis XVI sought foreign help. This enraged the mob and the horrifying September Massacre took place. Thousands of royalists, priests and nobles were killed on the street. Louis XVI was beheaded. From 1789 to 1799 there was a Reign of Terror.

The Effects of French Revolution

The French Revolution stirred the British people and affected their literature in a major way. There was a complete break with the Age of Reason and a new kind of literature known as the Romantic Revival came into exist with the publication of Lyrical Ballad (1798). Wordsworth, Coleridge, Southey, Byron, Shelley and Keats were the poets who specialised in this style of poetry. The prose literature of the time was illuminated by the works of Lamb, Hazlitt, De Quincey.

The drastic change from the rural to the urban that was brought about by the Industrial Revolution had repercussions on literature also.