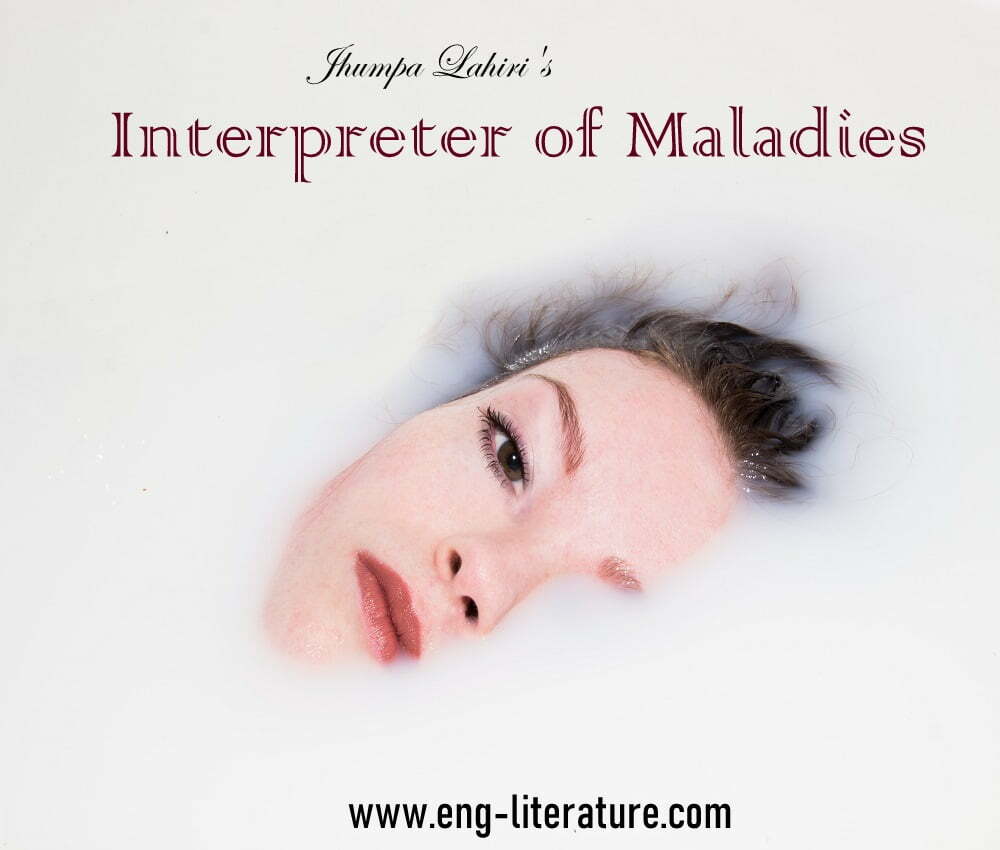 The expression ‘Interpreter of Maladies’ suggests clarifying or explaining ailments of the body, mind, or moral. Jhumpa Lahiri’s “Interpreter of Maladies” is an outstanding short story of the visit of a Bengali-American family, consisting of a couple, Mr. & Mrs. Das, and their three children, little daughter, Tina, and two sons, Ronny and Bobby for a sight-seeing to Sun Temple of Konark, Udaygiri and Khandagiri. The car hired by them was driven by a middle class well dressed gentleman, Mr. Kapasi.

However, apart from being a tour-guide Mr. Kapasi had another job. That was his regular duty. It was the job of the interpreter of different maladies in a doctor’s chamber. In fact his assignment was to learn the nature of ailment of an ordinary Gujrati patient and to explain that in English to the doctor who did not know Gujrati. Here in this story Mr. Kapasi’s function has nothing to do with as an Interpreter in Doctor’s chamber but his major role is associated as an interpreter while acting as a tour-guide to Das family.

As Mr. Kapasi drove the das family and listened to their talk, he felt fascinated by Mrs. Das. He glanced, time and again, through the car-mirror at her physical charm. The situation also brought them closer, as they sat side by side in the road side restaurant and had meal and drink together. Their conversation took an erotic turn when Mrs. Das revealed her long private correspondence. Out of exhaustion Mrs. Das decided to remain with Mr. Kapasi in the car. Mr. Das had to go with his children. It was a time when Mrs. Das told him deep secret and a great moral lapse in her life. Mrs. Das confessed the hard truth that her son Bobby had not been the child of Mr. Das. Mr. Kapasi was stunned and could hardly believe what he had heard. Mrs. Das continued to explain how the baby conceived on a sofa in course of her sexual intercourse with a Punjabi youth, a friend of Mr. Das. She did not make any form of protest.

That was the secret that Mrs. Das had long been concealed from every one. It was definitely a grave moral lapse on her part and totally upset her. This untold mental wound of Mrs. Das was like an internal hemorrhage. Though Mrs. Das would not get any proper remedy from Mr. Kapasi, the interpreter yet his candid confession to him could relieve his mental stress. Initially Mr. Kapasi felt astonished why a lady is disclosing this serious secret to a mere tourist-guide. After all, Mr. Kapasi used to act as an interpreter of maladies. That secret was tormenting her dreadfully. It was nothing less than a psychological malady of a patient.

But the matter remained inconclusive. Mrs. Das had to rush to the hill as a matter of Bobby’s problem with the monkeys. The Das family decided to return to the hotel and so Mr. Kapasi’s suggestion remained untold and unheard.

Mrs. Das’s secret has a significant relevance in the story, though it covers a brief space. Her moral lapse, her guilt-oppressed thought of having illicit sexual affair, though not rare in such a Indo-American family, need to be interpreted for a moral honesty in modern society.  Hence considering this angel the title is well-fitted.