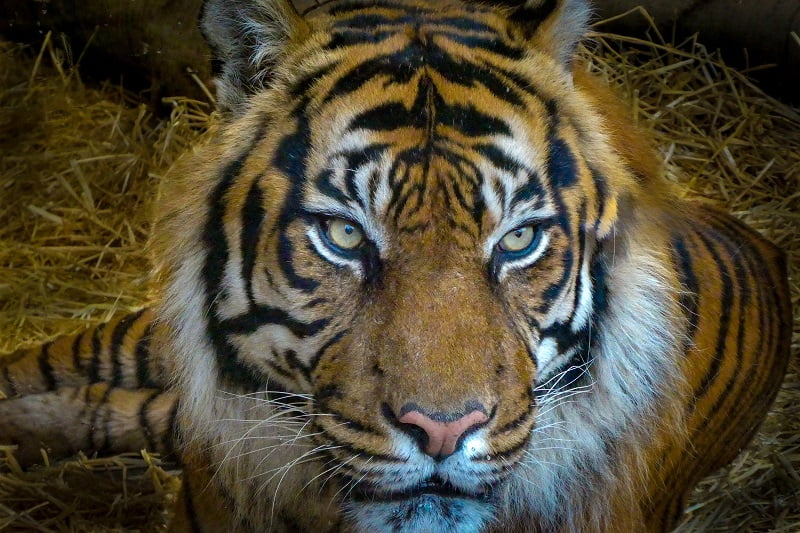 Character Analysis of Vasu in Man-Eater of Malgudi

A picaresque novel deals with the adventures of a rogue or villain. Narayan’s The Man-Eater of Malgudi has almost all the spices to be a picaresque novel surrounded by the picaro man, Vasu. He has been shown as an adventurous and mysterious wanderer. He pretends to be a person of dual personality. Vasu, the prototype of Bhasmasur wishes the illusion of becoming omnipotent. The placid world of Malgudi is beset with his deeds.

Vasu like Iago in Shakespeare’s Othello, Healthcliffe in Emile Bronte’s Withering Heights, Voss in Patrick White’s Voss “is the prince of darkness and in darkness his activities are to be conducted”. He has been called ‘man-eater’, ‘terrifying’, ‘unreasonable’, ‘man with the dark halo’, ‘cruel’, ‘rakshasha’, ‘arrogant by implication’ and one who laughs ‘diabolically’. Vasu, the person with hammer-fist, is farther attributed as wild animal hunter and a taxidermist.

Literally Vasu is not a man eater as he does not eat the flesh of persons. Being a secluded individual, he rather by constantly troubling and terrorizing the human beings with his demonic strength sucks their peace of mind. He blasts bullies, aggres­sions and hectors. He beats down the huge strong ‘phaelwah’. His Herculean strength makes him prepare to knock the tiger down with his hands and ram the built of his rifle between his jaws if it comes to that when Sen, the poet, Muthu and Dr. Joshi visit his attic to ask not to shoot Kumar. He threatens them to pick up and toss them down the stairs. He forcibly snatches the green folder and the list of the donors from Natraj and collects the money from the Malgudians by threatening, keep the money for his own use. Vasu not only kills animals but kills the name and fame of Natraj; “he had destroyed my name, my friendship, and my world”. Vasu’s presence horrifies and fascinates Natraj.

Vasu is an intellectual giant who gets his M.A in economics, History and English from the Presidency College Madras. He knows laws, talks of Vedanta, of the transmigration of soul and the omnipresence of God. Even Natraj admires vasu – “He worked single handed on all branches of his work. I admired him for it”. The pseudo-philosophy of self-willed and assertive Vasu is revealed in his speech

“we are civilized human beings, educated and cultured and it is up to us to prove our superiority to nature. Science conquers nature in a new way every day; why not in creation also? That’s my philosophy, Sir.”

Being a dissolute womanizer when he can no longer hunt the jungle animals he takes to indulging in sex. His passion for hunting is transformed into the passion for lascivious lust. He likes to enjoy the inordinate immoral company of as many loose women as possible. That is why he is very much against the institute of marriage. He wants to stick to the Mephistophelian concept of enjoying sex. He freely satisfies his sexual desire with the excessively passionate Rangi and other prostitutes of the town.

Vasu is open- hearted, vivacious and sometimes appears kind hearted too. If he takes Natraj to the Mempi village it is not for any harm but out of his high spirits and playfulness. If Natraj fears that Vasu has kidnapped him, it is Natraj’s nothing but false fear. When Natraj visits the Mempi village and the axle of the bus is broken it is vasu who takes him to Malgudi in his jeep. Rangi praises him as brave and courageous. He fears no one on earth or in heaven. These abilities of Vasu show that though he has some weakness, he cannot be called as man eater.

M. Williams in his Indo-Anglian Literature observes Vasu as a mighty force which can hardly be controlled. He is to him, a mighty avalanche or a tempest. Williams believes that Vasu who is a revolutionary force, despises in his utter haughtiness and will, all that is established. He regards Vasu as the embodiment of will. Vasu’s greatest contribution for the Malgudians is that he exposes all the absurdities of Natraj and his friends. Vasu is certainly not Bhasmasur who brings doom on himself. However few critics opine the satanic traits in Vasu. Meenakshi Mukherjee in her book The Twice Born Fictionsays: “The Man-Eater of Malgudi resorts to the Puranic conflict between Sura and Asura.”K. R. Srinivasa Iyengar too in his Indian Writing in Englishfinds in the Man-Eater an absolute evil- “anti-life, anti-nature, anti-faith.”,This theme is implicit in R. K. Narayan himself who cites Vasu as the modern version of a Rakshasa.

Even though, the death of Vasu is based on the mythology, the death of Vasu due to the mosquitoes- smashing- hands is not convincing. His death cannot be accepted by reason and logic. No one has ever been killed in this way. The death of Vasu is a matter of improbable probability. Vasu is not such vicious as he being projected by other characters; even such a man simply happens as Raju in The Guide. Therefore it is not always convincing to agree with some critics who observe that the man eater of Malgudi is a giant of man, a potent, dangerous bully, a wild threat to the norms of society. What we can only say that Vasu is the dark domain of ours. Crises, catastrophe and resolution of the novel is the outcome of picaro.