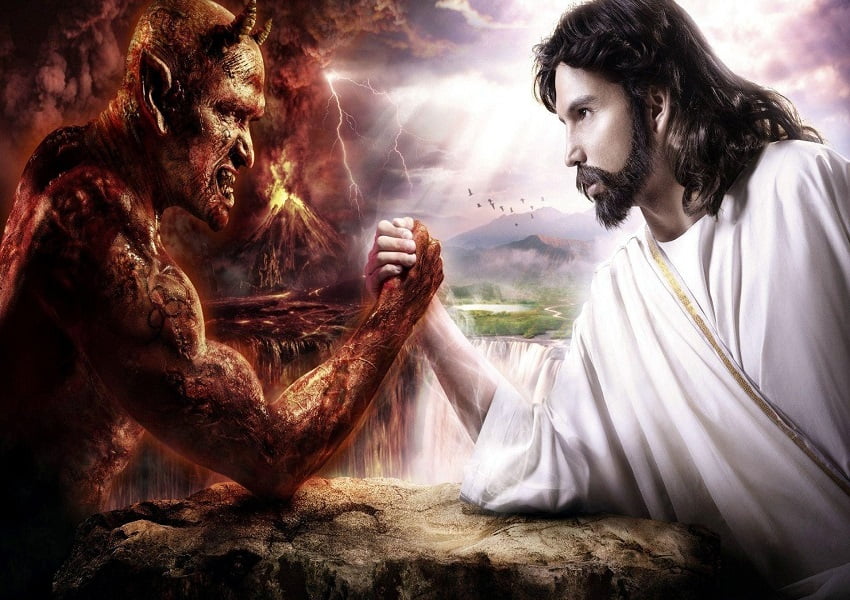 Narayan holds a distinct position in the realm of Anglo-Indian literature. In Man Eater of Malgudi, he depicts the canvas without sounding preachy or cynical. The quiet landscape of Malgudi provides a suitable background for his fiction. Malgudi is a microcosm, this is a world within a world. Meenakshi Mukherjee in her book The Twice Born Fiction says: “The Man-Eater of Malgudi” resorts to the Puranic conflict between Sura and Asura.” K. R. Srinivasa Iyengar too in his Indian Writing in English finds in the Man-Eater an absolute evil-

The Man-Eater of Malgudi is an allegory of good and evil. The good is represented by Natraj; on the other hand, Vasu is an embodiment of evil. Edwin Gerow, a perceptive analyst of the novel, has pointed out

“How closely the novel follows the allegorical pattern of Sanskrit literature.”

The Man-eater of Malgudi has a parallel development to an ancient myth projecting a clash between good and evil. The innocent world of Malgudi with her people and surroundings live poles apart from the attic of the press. Natraj and Vasu are symbols of two different sides of life. They represent virtue and vice in their true form respectively. Natraj is too meek to say ‘no’ to anybody. In the company of Sen, Sastri and the Poet, he leads his life in the press with nothing much to worry about the world.

The life around Malgudi and far-off Mempi forest run on its orbit. Taking little care of the outer world they live at peace with themselves. They are true to their environment, their God and their own selves. The appearance of Vasu rejects the order and crunches the innocence and purity of Malgudi. He is a danger to the very existence of life there. Vasu is a taxidermist and he rejoices in the killing. The sportive fauna of the forest became the target of his bullets. He stuffs the dead body and sells them for money.

He is the prince with dark halo. Nothing can survive within his reach. Nature loses its rhythm but finds no way to get rid of this mighty demon. Gifted with immense strength, Vasu bullies and frightens. The whole lot seems to be spineless before the demonic creature. The smoldering anger cannot change into a blaze and Malgudi continues to breathe in-state air coming from dead life. Natraj along with his company imagines of protesting against his ways and wishes.  But these are plans not to be translated into action. They pin their faith in the supremacy of goodness and it is the last hope for them.

On a religious ceremony of Radha-Krishna, Vasu is determined to shoot the temple elephant dead. Keeping aside her loyalty to Vasu, the public woman, Rangi informs Natraj about the heinous scheme of Vasu which turns the festive mood of Malgudi into gloom. In their own ways, some people try to mitigate the Rakshasa or destroy him. All efforts go in vain. The classical myth tells of Bhasmasur destroying himself while dancing at the dictated posture of Mohini. In the similar manner the terrible demon, Vasu struck himself with his hammer-fist in the course of keeping away the flies. The dreadful blow brought his catastrophe.

Natraj and Vasu are contradictory characters. Natraj, no doubt, is the central figure and the action of the novel is viewed through his eyes. It is his point of view that we always get. But he is an unheroic hero, good at heart, but passive and inactive. According to Paul Verghese, “We can compare the good and evil in terms of Vasu and Natraj love hate relationship who show the opposition “between Satva and Rajas”. Vasu is a Faustian character with his virtually insatiable curiosity and thirst for power and knowledge. He holds his master’s degree in history, economics and literature. Natraj, on the other hand is a typical Narayan’s character with non-committal neutrality as his ideal.

The Man-Eater of Malgudi restores normalcy at the end of the novel. The end of Vasu is a poetic justice. In fact, Narayan’s novel is a pensive comedy where darkness cannot reign forever. Sunshine has to follow the black shadow of evil. The story is also a moral indicator of the absolute fall of the vanity of power.