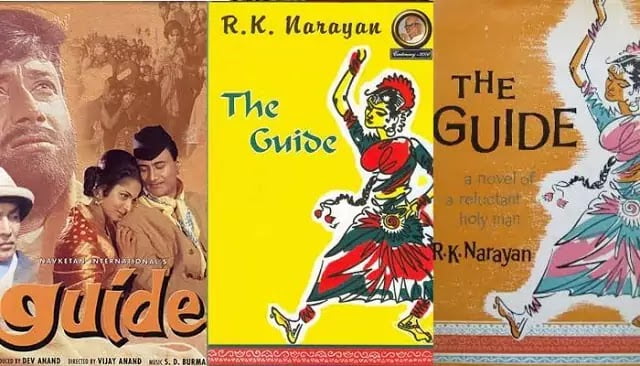 Chapter 1
Raju, the tourist guide has just been released from
the jail. He sits cross-legged beside an ancient shrine near the village
Mangal. The shrine is on the banks of the river Sarayu. The villager named
Velan comes there after seeing his married daughter.

The Government appointed some doctors to look after
Raju. American asked some questions to the doctors regarding Raju’s health but
they had no permission to answer. Then the American asked the school teacher
about Raju’s daily routine and the school master explained him in detail and
asked him to see tomorrow morning.
It was the eleventh day of fast. At five thirty in
the morning, the doctors declared the condition of Swami. The government gave a
top priority to save the life of Swami. Velan sat very close to Swami. Raju
asked him ‘help me to my feet’. Then he got up to his feet. He went down the
steps of the river. He stepped into his basin of water, shut his eyes, and
turned towards the mountains, muttering the prayer. He opened his eyes, looked
around and said, ‘Velan, it is raining in the hills. I can feel it coming up
under my feet, up my legs’, and with that he sagged down.
~~~~~*~~~~~