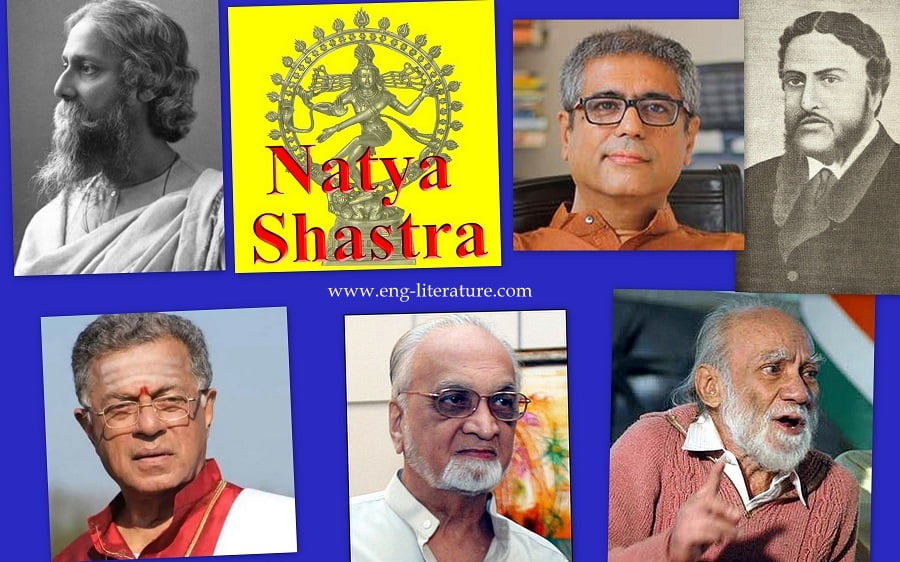 Drama is a composite art form. It is mimetic like all other performing arts in literature. It imitates life, particularly reflecting the three unities of time, place and action.

“It is designed for representation on the stage by actors who act the parts of the characters of its story, and among whom the narrative and the dialogue are distributed.”

India has a long and fertile history in Drama, starting from Sanskrit plays of Vedic Age. Dramatists of Indian Writing in English have scaled the length and breadth of the experimentation in dramaturgy of India during and after independence. To fathom the depths of Indian Drama in English certain characteristic features are to be kept in mind. Basically, the Indian Writings in English during Modern Age articulate the budding and the already present writers as well as the influence of Existentialism, Globalisation, Surrealism, Dadaism, Magic Realism and the Post Colonial issues. India had been under the colonial shackles for a time period of three hundred years and as a matter of fact the colonial language and culture had cast its direct shadow on the Indian literary venues.

Drama in India has had a rich glorious tradition. It begins its journey with the Sanskrit plays. Indian tradition preserved in the Natyasastra. The oldest of the texts of the theory of the drama, claims for the drama divine origin and a close connection with the sacred Vedas themselves. Origin of English drama can be traced to the ancient rules and seasonal festivities of the Vedic Aryans. The most renowned and talented dramatists of the ancient era are Ashwaghosh, Bhasa, Shudraka, Kalidas, Harsha, Bhavabhuti, Visha-khadatta, Bhattanarayana, Murari and Rajeshkhora, who enriched Indian theatre with their words like Madhya Mavyaayoda,  Urubhangam, Karnabharan, Mrichkatikam, Abhigyana Shakuntalam, Malankagnimitram, Uttar Ramacharitam, Mudrarakshasa, Bhagavadajjukam, Mattavilasa etc.

The Indian English Drama began in the 18th century when British Empire came and strengthened its political power in India. It is started with the publication of Krishna Mohan Banerjee’s The Persecuted in 1813. It is a social play in which the author tries to present the conflict between the East and the West. The real journey of Indian English Drama begins with Michael MadhuSudan Dutt’s Is This Called Civilization which appeared on the literary horizon in 1871. Rabindranath Tagore and Sri Aurobindo, the two great sage – poets of India, are the first Indian dramatists in English worth considering. R.N. Tagore wrote primarily in Bengali but almost all his Bengali plays are available to us in English renderings. His prominent plays are Chitra, The Post Office, Sacrifice, Red Oleanders, Chandalika, Muktadhara, Natir Puja and The Mother’ Prayer etc.. These plays are firmly rooted in the Indian ethos and ethics in their themes, characters and treatment. Sri Aurobindo’s complete plays are Perseus the Deliverer,  Vasavadutta, Radoguna, The Viziers of Bassora and Eric and each of these plays is written in five acts.

Harindranath Chattopadhyaya added a new dimensions to Indian English drama. He sympathizes with the underdogs same like Mulk Raj Anand. His collection of social plays include The Windows, The Parrots, The Santry Lantern, The Coffin and The Evening Lamps.

D. M. Borgaonkar’s Image-Breakers(1938) is a problem play that aims to break the conventions of caste system, horoscope, dowry, etc. S. Fyzee’s Rahamin’s Daughter of Ind (1940) portrays the conflict between love and social barriers, featuring a low-caste girl loving an Englishman. Balwant Gargi’s The Vulture, Mung-Wa, The Fugitive and The Matriarch “dealt with themes which are engaging the attention of people everywhere.”

Another dramatic voice on the Indian literary scene that demands attention is that of T.P. Kailasam. He wrote both in English and Kannada. Though Kailasam is regarded as the father of modern Kannada drama, his genius finds its full expression in his English plays such as The Burden (1933), Fulfilment (1933), The Purpose (1944), Karna (1964) and Keechaka (1949).

Bharati Sarabhai is the modern woman playwright during the colonial era of Indian English drama. She has written two plays The Well of the People (1943) and Two Women with some considerable measure of success.

J.M. Lobo Prabhu is the last great name in pre-Independence Indian English drama. He has written over a dozen plays but only Mother of New India: A Play of India Village in three Acts (1944) and Death Abdicates (1945) appear before Independence.

The use of blank verse is flawless and the last play compels us to remind of T.S.Eliot’ s Murder In The Cathedral. Other verse plays of the period include P.A.Krishnaswami’s The Flute of Krishna (1950) M.Krishnamurti’s The Cloth Of Gold (1951). S.D.Rawoot’s Immortal Song. Karm and The Killers (1959) Satya Dev Jaggi’s The Point Of Light (1967) Pritish Nandy’s Rites for a Plebian Salute (1969). P.S. Vasudev’s The Sunflower (1972) etc.

Nissim Ezekiel’s Three Plays (1969) including Nalini: A Comedy, Marriage Poem: A Tragi Comedy and The Sleep Walkers: An Indo-American farce are considered to be a welcome addition to the dramaturgy of Indian English drama.

Girish Karnad in the capacity of writer, director and actor substantially contributed to enrich the tradition of Indian English theatre. His well known plays are Yayati (1961), Tughlaq (1962), Hayvadana (1970), Nagmandala (1972). He borrowed his plots from history, mythology and old legends.

Vijay Tendulkar symbolizes the new awareness and attempts of Indian dramatists of the century to depict the agonies, suffocations and cries of man, focusing on the middle class society. In the plays Silence! The Court Is In Session (1968) and Ghasiram Kotwal (1972), the theme of oppression dominates. Sakharam Binder (1972) is a study in human violence amounted to powerful dramatic statement.

Gurucharan Das (1943- ) is known for his popular play, Larins Sahib (1970). Set in Punjab, it is about the political career of a British Resident in Punjab. Vera Sharma wrote a number of one act plays, including Life is Like That (1997) and Reminiscence (1997) which deal with the plight of women.

Badal Sircar too is a prestigious name in the realm of contemporary theatre. He represents New Theatrical Movement in India. His earlier plays are Evan Inderjit (1962) That Other History (1964) and There Is No End (1971). All these plays are based on political, social, psychological and existential problems.

The Post Modern era ushered in new changes in the Indian English drama. Mahesh Dattani (1958- ) a playwright of World stature, has added a new feather to the Indian English drama. His plays deal with serious and sensitive issues like communalism, homosexuality, female infanticide, domestic abuse, child sexual abuse, condition of eunuchs in Indian society. His plays include Where There’s a Will, Tara, Bravely Fought the Queen, Final Solutions, Dance like A Man and Thirty Days in September.

Post-Independent Indian Drama in English falls short of the level reached by poetry and fiction in India. There are four reasons for this:

i) drama is essentially a composite art involving the playwright, the actors and the audience in a shared experience on the stage-has its own problem of which the other literary forms are free.

ii) As Srinivas Iyenger attributes “the failure to the fact that English is not a natural medium of conversation in India.”

iii) Lack of living theatre in our country.

iv) The Indian English playwrights do not give much importance to the rich and varied Indian dramatic traditions involving the native myth and Indian historical heritage.

In short, Indo-Anglican literature continues to grow and flourish and this despite all the misguided and prejudiced and politically motivated campaign against English as a foreign language, a language which comes in the way of its growth. More Indians are writing in English than ever before, and the Indo-Anglican writer is enjoying a much wider market. Indo-Anglican drama has, indeed, a bright future.