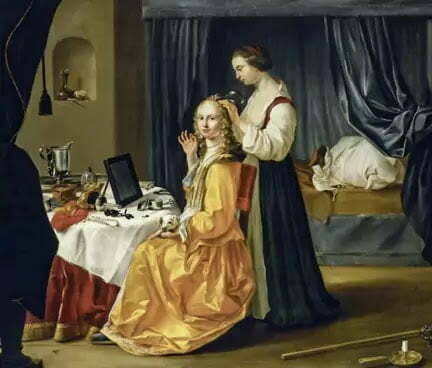 Pope has presented Belinda as a complex character. He has presented her in different roles and under different shades, some are satirical other ironical but all entertaining. The character of Belinda has created much controversy since the publication of the poem. Some critics consider her treatment fair while others as unfair.

There are several aspects of the personality of Belinda as portrayed by Pope in The Rape of the Lock. It will be wrong to regard her purely as a goddess, or as a pretty spoiled child, or as a flirt. She is a combination of all three and yet much more than such a combination. We see her in many different lights. We see her as a vamp, an injured innocent, a sweet charmer, a society belle, a rival of the sun, and a murderer of millions. She has a Cleopatra- like variety. However, the reality lies in between these two extremes we can discuss her character as blow.

Firstly, Belinda is the heroine of the story. It is her character around whom the story of the whole poem is woven. We see her sleeping till noon and her awakening by her lap dog “Shock”. We are present at her toilet and watch the progress of the sacred rites of pride. Then we see her proceeding from the Thames River to the Hampton Court. Then her smiting looks upon the well dressed youths that crowds her. Pope compares Belinda to the sun and suggests that it recognizes in Belinda a rival. Belinda is like the sun not only because of her bright eyes and not only because she dominates her special world. She was as beautiful as every eye was fixed on her alone. She is like the sun in another regard:

“Bright as the sun, her eyes the gazers strike.
And, like the sun, the shines on all alike.”

Belinda’s exquisite beauty is enhanced by two curling side locks of hair that charmingly set off her ivory white neck and which she has kept “to the destruction of mankind:”

“Law In these labyrinths his slaves detains,

Belinda’s charms can work miracles and can make even non-believers kiss the cross.

Secondly, Belinda is a model arid more specifically represents the fashionable, aristocratic ladies of Popes age. Such social butterflies in eighteenth century were regarded as petty triflers, having no serious concern with life, and engrossed in dance and gaiety. Belinda’s fall indicates the decadence of her class. Through her, Pope describes the flippancy and depravity of the English society of his day.

Thirdly, Popes attitude to Belinda is very mixed and complicated; mocking and yet tender, admiring and yet critical. The paradoxical nature of Pope’s attitude is intimately related to the paradox of Belinda’s situation. If Belinda is to find her role of woman, she must lose the role of a virgin, and the more graceful her acceptance of loss the greater the victory she achieves through it. Because Pope is dealing with this paradox, his altitude must be mixed and complicated. It is necessary for Pope to stress Belinda’s divinity. At the same time he does not let us forget Belinda’s mortality. He qualifies her goddess-ship by emphasizing human qualities. The scene at Belinda’s dressing table, where she is both mortal priestess and the goddess worshipped in the mirror, is an example of this device. The very frailty and transience of blushes and chastity emphasize this goddess’s humanity.

Thus, we get the picture of her shallow outlook about religious faiths and beliefs. She is a worshiper of beauty who prays to the goddess of beauty and offers all the items of cosmetics before her. She is a typical presentation of women’s excessive attention to self decoration and embellishment. She gathers all the fashionable items from all over the world – Indian glowing gems, Arabian perfumes, files of pins, puffs, powders, patches etc. In a satirical passage, Pope describes Belinda in a Confucius mood before her dressing table:

Thus, assigned by her maid Betty, Belinda seeks to improve her bod1y charms. However, he does not show any respect for the holly book, Bible. Therefore, the moral bankruptcy of these ladies is further ridiculed when Thalestris points out the need for sacrificing everything, even chastity, for reputation. They consider that virtue might be lost, but not a good name.

To wind up we can say that Belinda’s portrayal is one of the awesome literary creations ever produced in the History of English literature. Pope seeks to throw light upon the fickle minded fashionable ladies of the 18th century England depicting Belinda as the representative character. She is the embodiment of the coquetry, the art, the artifice and the false pride.