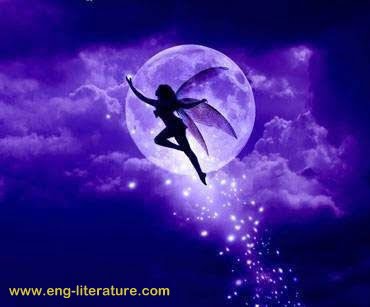 Supernatural Machinery in The Rape of the Lock

In his dedicatory letter to Miss Arabella Fermore, Pope writes

“The machinery, Madam is a term invented by the critic to signify that part which the Deities, Angels and Demons are made to act in a poem”.

From the ancient epics like The Iliad, The Odyssey, The Aeneid, The Paradise Lost, The Ramayana and The Mahabharata, we find God and Goddesses intervening in human affair. When the first edition consisting two cantos was brought out in 1712, it had no elements of supernatural machinery. But Pope wanted to make the resemblance of his poem to a complete epic.

Alexander Pope borrowed his supernatural machinery from two sources. He took the name of Ariel from Shakespeare’s The Tempest and the idea of the sylphs from a French book Le Comte de Gabalis by Abb-de-Villars. It has an account of the Rosicrucian mythology of spirits. According to the mythology, the four elements are inhabited by spirits, which are called sylphs (air), gnomes (earth), nymphs (water) and salamanders (fire). Pope mixed it with Platonic conception that soul never dies, but continues to live on in a changed form as spirits. Thus Pope’s sylphs are the souls of beautiful women, still having many of their former vanities and frivolities.

Ariel, the leader of all the spirits, has warned Belinda of her impending disaster:

“Fairest of mortals, thou distinguished care of thousand bright inhabitants of air!”

again in the lines we get:

The light militia of the lower sky.”

Therefore, Ariel assigns different works to the spirits when Belinda joins the fashionable band. One was given the charge of Belinda’s fan, another was to take care of Belinda’s ear-rings, the third was to take care of her watch, and the fourth was to gourd her favourite lock. Ariel was to take charge of her dog, Shock.  The important duty of guarding the petticoat was given to fifty chosen sylphs. Ariel warned the pygmy band of spirits against negligence of their duties. Punishment was to be given to those who failed to perform their duties according to their nature and size.

The sylphs are diminutive airy spirits having “Insects wings”. They can assume either sex when required. The sylphs have the power to see into the future. Therefore Ariel knows that some disaster threatens the ‘brightest fair’ (Belinda). But the exact nature of the disaster was not known to them. They can look into the hearts of mortals.  They perform services of all kind for the fair sexes. Thus Ariel withdraws helplessly as soon as he sees an earthly lover lurking in the heart of Belinda. The sylphs remain helpless and do not affect anything in the poem because Belinda does not follow the advice of Ariel.

Pope’s object in introducing supernatural machinery to heighten mock-heroic effect of the poem and the same time tends it more impersonal in tone and so less distasteful the Fermor family.  This help converting a mere personal squib into a masterly and playful satire upon the follies and frivolities of the fashionable young ladies and beaux of his time.

Addison, a reputed essayist of the 18th century advised him against the introduction of the machinery in a long narrative poem like The Rape of the Lock.  George Holden in his famous book, The Age of Pope, points out, “It is Pope’s use of  his machinery, moreover, which more than any other single feature made the poem the single success that it is.” In the ultimate analysis, Pope’s machinery remains a sure proof of his artistic excellence.

1 thought on “Supernatural Machinery in The Rape of the Lock”