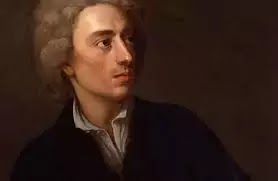 Alexander Pope as a Satirist

Alexander Pope was a full package of contradictions – sensitive, aggressive, proud, vindictive, lovable, loyal. He was a great satirist and moralist. He ‘stooped to truth and moralized his song’. He used poetry as a great instrument of moral improvement and believed that satire was his most effective weapon to destroy corrupt customs and to expose the wicked. John Dennis in his monumental book, The Age of Pope remarks “It is a satirist that Pope, with one exception, excels all English poets.”

Alexander Pope belonged to the school of Juvenal. His lofty and declamatory moral tone was in the manner of Juvenal. Satire was his element, and he excelled in satirical compositions. His earlier works – The Essay on Criticism and The Rape of the Lock clearly reveals satirical vein in his mind which is so profound in his later poems which are completely satirical. The Satires including The Prologue and The Epilogue, The Moral Essay and The Dunciad are satirical through and through.

Why did Pope become a Satirist?

First of all Pope’s physical deformity was perhaps, the greatest cause that made him a satirist. He could never enjoy the blessings of health. His life was never jovial. If he had enjoyed all the pleasures and blessings that health offers to a man, he would not have been a rapid castigator of the foibles and weaknesses to be found in fine spirits, he would not have fallen foul on personalities. He was constantly haunted by morbid shadows, and consequently composed bitter satires.

(b) General Hatred for Roman Catholicism

Secondly, the condemnation and hatred for Roman Catholicism, which prevailed in his time, also made him a satirist. Pope was a Roman Catholic and could not tolerate the assaults on his faith, by Englishmen who professed Protestantism. The inhibitions and restrictions imposed on Roman Catholics in his times also annoyed him. They were persecuted and harassed by a cruel legislation. They were regarded as the representatives of evil principles in politics and religion. They are not eligible for any public career and could not occupy any position of honour and authority. They were heavily taxed and were prohibited from acquiring any property. No Catholic could become the King of England, Pope’s anger was aroused against the Protestants and he expressed it through his satires.

Thirdly his extremely suspicious and irritable temperament also made him a satirist. He had no confidence in any one. He met a series of intrigues, trickeries and deceptions in his life and wanted to take revenge. If anybody found fault with Pope’s writings, Pope exposed him in his works. Most of his satires were motivated by personal malice and enmity. In The Dunciad he satirized a number of scholars of his time because of his personal enmities with persons who attacked and denounced his character and poetic works. The aim of his satire was to give pain to those who had caused affliction to him.

Pope’s Use of Satire

Thus we see that Pope used satire as a weapon against those whom his success and disabilities infuriated. He often used his only weapon in his defence and sometimes so effectively that he hit his enemies more shrewdly than they could hit him. He openly declared the mission of his satire in the following words:

“Satire’s my weapon, but I’m too discreet

To run amuck, and till at all I meet;

I only wear it in a land of Hectors,

Satire in The Rape of the Lock

The Rape of the Lock is his finest satire. In this mock-heroic poem Alexander Pope has satirized feminine frivolity.

He came out with the most unpleasant and shocking remark, “Every woman at least is a rake,” and showed that all women were frivolities and their chief interest was in love-making.

Belinda‘s toilet, the coffee at Hampton court, and the Game of Ombre are to heighten the mock-heroic a spirit of the poem yet all this has made the satiric treatment of the fair sex more impressive. He has exposed the trivialities of fashionable life and the vagaries of the feminine mind. It is no wonder that lady Arabella Fermor the loss of whose lock occasioned the poem, was displeased and offended. But the poem is not really a satire against her, it is against the weakness she shared with half the world. Through her, Pope, criticised the whole of the female sex

Satire in The Dunciad

As has been pointed above The Dunciad was motivated by his personal malice and animosity. He satirized the incompetence in matter of “wit” and taste of the official mind whether that of the City of London in choosing their City Poet, or that of the Government in choosing a Laureate. In The Dunciad he seems to be under influence of Dryden’s Mack Flecknoe.

Like Mac Flecknoe, The Dunciad also deals with the succession of one dunce by another on the throne of Dullness each outdoing the other The Dunciad is an onslaught on the tribe of Dunces and on dullness itself in the opening lines, Theobald is described sitting foolishly on an immense throne but he becomes a mere spectator for the rest Book II, in which he has satirised a host of ban writers, ignorant patrons and unscrupulous publishers. He has also poured venom and force against those who criticised his poetry or opposed his designs. In fact besides being an attack on bad writers and bad writing, it is Pope’s pessimistic commentary on an important development of the civilization of his time. It marks a bitter protest against the levelling down of literary standard.

Above all Alexander Pope is the representative of his age. He lacked the imaginative power and the depth of feeling which form the quintessence of great poetry. But he possessed are intellectual wisdom and wit.

From what has been said above it becomes clear that in the verse of Pope we find sparkle, brilliance and rapidity of high order. He cannot be held guilty by introducing monotony in verse. He finds greater life force in his use of heroic couplet than in either of Chaucer or Dryden. Hazlitt is of the opinion that “Pope was a poet of Art rather than Nature.”

His own words in An Essay on Criticism seem to describe him best:

“True ease in writing comes from art, not chance,

As those move easiest who have learned to dance.”