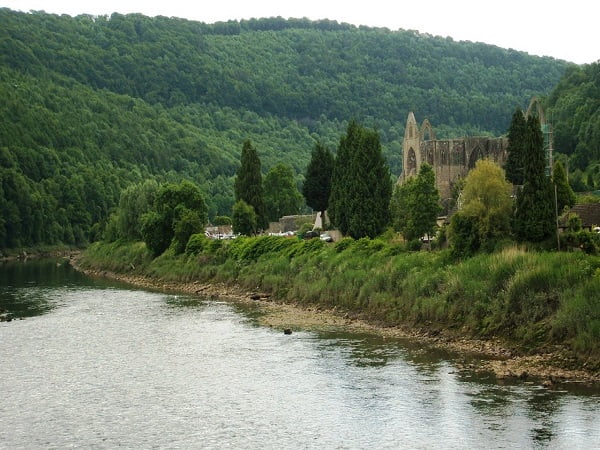 “Tintern Abbey gives us”, as Moody and Lovett say, “almost a complete programme of Wordsworth’s poetic career”. The poem is especially memorable as Wordsworth’s own exposition of his changing attitude towards nature from his early boyhood to his mature age.

His first stage in his love of Nature was as Hudson puts it so nicely, “simply a healthy boy’s delight in freedom and open air” which the poet calls in the poem “the coarser pleasures of my boyish days”like boating, skating, bird catching etc. It was to him a mere playground giving him all these feeling of physical sensation. Stop ford Brooke has rightly observed that in the first stage of his acquaintance with Nature it was not he that was in search of Nature but it was Nature who allured the boy but eluded him with its beautiful and myriad manifestation. At this stage Nature was but,

“Secondary to my own pursuits

And animal activities and all

Their trivial pleasure” (“The prelude”)

In the second stage, his own love for nature baffled his own power of description. He says, “I can’t paint what then I was”. The coarser pleasure of his boyhood days and his glad animal movements were all gone by. Nature was to him all in all. This was the stage when

The mountain, and the deep gloomy wood,

Their colours and their forms, were then to me

The world of eye and ear came near to him and the sensuous beauty of nature was loved with an unreflecting passion altogether untouched by intellectual interest. Wordsworth’s passion for sensuous pleasure found a full expression in the cry of Keats, “O, for a life of sensation rather than thought.”

But the mental repose of this stage was terribly shattered by the heat and fervor of the French Revolution. He, for a moment, lost faith in nature. All the ‘aching joys’ and ‘dizzy raptures’ of youth were gone and his mind was diverted to the tragedy of humanity. He gained faith in the dictum which Keats was to declare after lapse of many years – “Nature may be fine but human nature in finer still”. For in the interim he had heard the “still sad music of humanity”. Nature now opens to him the gate of spiritual meditation and suggested to him the deeper truth of human life

The third stage is marked by his moralistic interpretation of Nature. Now he looks at Nature not with a painter’s eye, but as a translator who can explain its hidden meaning. The poet thought that the beauty of Nature has the power to lead us from joy to joy, to comfort us, to mould our character and so to feed our mind with lofty thoughts. Now he experiences a kind of spiritual uplift, a sublime state of meditation in which he feels within himself a presence of the Divine spirit that animates mystic thoughts in him. He felt the vibration of the same mighty soul every where, in the light of the setting sun, in the waves of the sea, in the living air, in the blue sky and in the mind of man.