As a Poet : From 1592 to 1594 the theatrical companies in London were somewhat disorganized because of the plague. Shakespeare utilized the time beautifully by showing us his talent in verse writing. His first long narrative poem is “Venus and Adonis” (1593). He composed 154 sonnets which were published in the volume, Shakespeare‘s Sonnet in 1609. His Sonnets, 1-126 are dedicated to his bosom friend, Mr. W. H. and 127-154 to the Dark Lady. But the identity of Mr. W.H. and the Dark Lady is still in mystery.

the waves make towards the pebbled shore
3) Sonnet 65 : Since


Sonnet Style, Structure and Form :
Shakespeare‘s sonnets are written predominantly in iambic pentameter.
There are fourteen lines in a Shakespearean sonnet. The first twelve
lines are divided into three quatrains with four lines each. In the
three quatrains the poet establishes a theme or problem and then
resolves it in the final two lines, called the couplet. The rhyme scheme
of the quatrains is abab cdcd efef. The couplet has the rhyme scheme
gg. 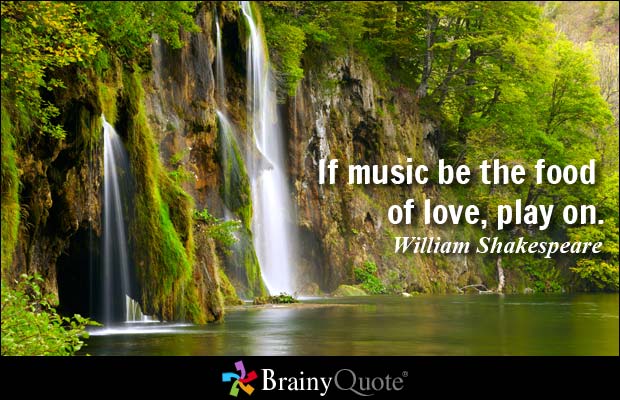 
“The course of true love never did run smooth.”


“Some are born great, some achieve greatness, and some have greatness thrust upon them.”

“All the world’s a stage, and all the men
and women merely players: they have their exits and their entrances; and
one man in his time plays many parts, his acts being seven ages.”

“What
a piece of work is a man, how noble in reason, how infinite in
faculties, in form and moving how express and admirable, in action how
like an angel, in apprehension how like a god.”
“Love’s not Time’s fool”
“Love is not love which alters when it alternation finds”