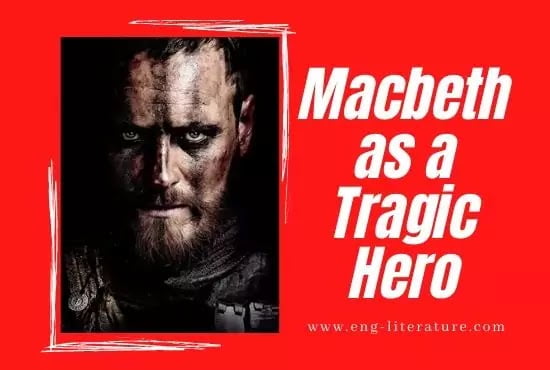 Is Macbeth a Tragic Hero?

It is not Hamlet, but Macbeth is the true Mona Lisa of Shakespeare. Edward Dowden commented in his book entitled Shakespeare: His Mind and Art, “Macbeth is one of the unmitigated characters without any redeeming features.” Macbeth has been described as “the friend of Scotland”, “Valour’s minion”, “Bellona’s Bridegroom”, and “abhorred tyrant”. Some critics regard Macbeth as fundamentally good but misled by ambition. John Lawlor in his book The Tragic Sense in Shakespeare remarked “The fall of Macbeth is in his weakness to shore higher and higher with the wings of ambition.” Macbeth is truly the most studied character in the tragic universe of Shakespeare.

In Hamlet and Macbeth we hear the name of the protagonist in the very first scene, but we learn nothing significant about them: we hear the name of Macbeth with two dismal animal figures – “Graymalkin” and “Paddock”. This parallelism introduces the animosity of Macbeth’s chaotic mental condition ravished by overwhelming ambition.

In the course of the play Macbeth and his wife go on opposite lines. Lady Macbeth’s journey is from a criminal to a woman of flesh and blood. On the other hand, Macbeth’s gradual hardening into a ruthless tyrant becomes the centrality of the dramatic course in Macbeth.

In Act-I, Scene-II, we meet Macbeth while returning from the battlefield in a victorious mood. He impresses us as a brave general of the royal army. The King of Norway came with his huge army and yet Macbeth was not dismayed. He ruthlessly met all his adversities and became the hero of the hour. Macbeth performs the role of true patriot who is at the service of the King of Scotland and saved Duncan from dishonour. His indomitable courage brought “golden opinion from all sorts of people.” King Duncan cannot find words to praise him adequately:

The Bloody Captain describes Macbeth as

“For brave Macbeth – well he deserves that name—

Disdaining fortune, with his brandish’d steel,

Which smoked with bloody execution.”

In Act-I, Scene-III, Macbeth met three Weird Sisters (Witches) who made prophecies about the future of Macbeth:

Third Witch: All hail, Macbeth, thou shalt be king hereafter!

Banquo immediately notices uneasiness on the face of Macbeth,

“Good sir, why do you stop and seem to fear thing that do sounds so fair.” (Act-I, Scene-III)

Macbeth had a seed of ambition. Possibly his uneasiness after hearing the future possibility of becoming the King cast heavy on Macbeth. Like a true tragic hero, character of Macbeth was shaped with tragic flaw (hamartia) . According to Shakespeare,  “Character is destiny” – the weakness in character leads to the tragic destination. Shakespeare’s other tragic heroes; Othello meets his tragic damnation because of his characteristic flaw “He believed what he is said”; Hamlet spins out his own tragedy for his hamartia “to be or not to be”; King Lear faces his tragic downfall due to his self-conceit. Likewise the ambition of royal hope turns Macbeth restless, caused to face his final catastrophe.

Macbeth’s seed of ambition was watered and well-nourished by his sweetheart, Lady Macbeth. She has become the powerhouse of Macbeth – she is the perfect judge of Macbeth’s Character:

“Glamis thou art, and Cawdor; and shalt be

What thou art promised: yet do I fear thy nature;

It is too full o’ the milk of human kindness

To catch the nearest way…”

Lady Macbeth is aware of the fact that Macbeth’s mind is soft and that is full of virtues. In reality we come to know that Lady Macbeth takes the leadership in killing Duncan. But it is Macbeth who kills Duncan. After killing Duncan Macbeth becomes a tyrant; he employs murderer to kill Banquo with whom he shared a blessed time of friendship; he also sends murderers to kill Macduff and his family. The impression we got about Macbeth that he loves criminality in his mind.

Shakespeare has drawn the character of Macbeth with his poetic mind. When Macbeth narrates the story of murdering Duncan, he says “I have most need of blessing and amen stuck in my throat.” He also goes on : “Macbeth does murder sleep – the innocent sleep.” This dramatic encomium to sleep is a typical Elizabethan practice. And Macbeth is his mouthpiece.

Macbeth was a high philosopher of life. He philosophises –

“Life’s but a walking shadow, a poor player

Macbeth like Banquo was a soldier or marshal to the royal army. Initially both of them are of the same rank. But Banquo though eclipsed by Macbeth has proved his charisma in the battlefield. Both Banquo and Macbeth meet with the witches and both of them hear “supernatural soliciting”. Macbeth shows the reflex to express his inner temptation. On the other had Banquo is judicially a detached character; he is not tempted by the instrument of Darkness. According to A. C. Bradley,

“Banquo remains as a passive character all through the play.”

Lady Macbeth’s death is heart-rending – suffering from parasomnia died a hysteric death. On the other hand, like a true tragic hero, Macbeth boldly faces with Macduff even after knowing that Macduff is going to kill him:

“I have lived long enough. My way of life
Is fall’n into the sere, the yellow leaf…”

Aristotle in his Poetics (Chapter V) discusses about the true nature of the tragic hero – the final impression on the arousal of pity and fear. Macbeth’s downfall truly satisfied the Aristotelian definition of true tragic hero aroused pity and fear at the time of catastrophe.