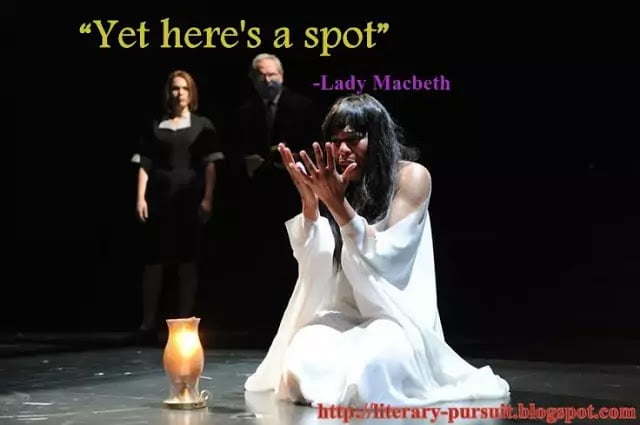 Usually the heroine of a tragedy does not play a decisive role. Nor does she takes the initiative and contribute substantially to the action. But Lady Macbeth does. Like Macbeth she is also a misunderstood character. It is because of her antithetical nature that she evokes such divergent views. Some critics regard her as ‘a fiend’, ‘the fourth witch’, ‘a cruel monster’ devoid of all human feelings. Some on the other hand consider her to be a delicate, fragile, beautiful woman who unsexed herself only for the sake of her husband.

It is true that Lady Macbeth had in this play ambitious design like her husband, Macbeth. But she is not like Aeschylus’ Clytemnestra (Agamemnon) or cruel monsters like Goneril or Regan lacking humanity. She is not driven by the crime of cold calculating energy; she is not inspired by a relentless fate of her victims; she is not the remorseless criminal who revels herself in bloodshed, not an unsexed woman of fame fatal type. She is not the ‘super witch’ what Goethe calls her. She is being called the ‘fourth witch’ as she finished the task left by the three witches.

Surely Shakespeare sets the play by throwing spotlight upon her unwomanly nature. But there is no denying in the fact that Lady Macbeth is essentially a woman. She is a twisted example of the saying, “Behind every great man there’s a woman.”   If she is ambitious, she is ambitious for her husband. She wishes her husband to be seated on the throne, wielding the scepter.

Illuminating the brighter side of the character of Lady Macbeth we find in her character true devotion to her husband. Their first meeting is affectionate, “Great Glamis”, “My dearest love”. Throughout the play their love highlights in “gentle my lord” and “worthy Thane” and “dear wife”, “my love” and “dearest chuck”.

Lady Macbeth is a perfect judge of her husband’s character. She is well-aware of Macbeth’s strength and weakness:

That I pour my spirit, in thine ear

And chastise with the valour of my tongue.”

She ignites her husband by raking the fire of his manly disposition time and again.

The Lady apostrophizes the Black Spirit which can help her for murderous design. She expresses that she wants to be a man and at once her head to foot must be filled with most terrible cruelty. The initial impression we get about the lady is frightening. How can a lady of flesh and blood say that she can kill her babe while sucking milk from her breast? It is purely an image of fame fatal (the diabolical lady):

That tend on mortal thoughts, unsex me here,

Lady Macbeth is a strong woman. Once she sees that her husband’s ambition has been inflamed, she is willing to risk anything to help him get the crown. She appeals to the power of darkness to come to her and “take her milk gall”. Therefore the role of Lady Macbeth is an active as well as controlling one.

Lady Macbeth possesses a strong sense of cunningness and presence of mind. It is she who sketches the plan of killing Duncan. In the Banquet Scene when Macbeth is haunted by the ghost of Banquo, She very skillfully saves the honour of her husband by dismissing the guest.

The Sleep Walking Scene (Act-V, Scene-I), the finest stroke of imagination is used in the drama with great and terrible dramatic effect. Lady Macbeth in the earlier scene is born against her nature, against womanhood and she has violated the divine relationship of host and guest. It is now Nature’s turn to complete the nemesis- to complete the circle- sin and punishment. Lady Macbeth in this scene is a patient of parasomnia, a clinical psycho-neurological disorder which is caused by her trouble thoughts. She is being engrossed with a spot of blood.

She rubs her hand in an abnormal way, but the spot stays in her hit-oppressed brain. This serves the dramatic irony and stands out as contrast:

“A little water clears us of his deed.”

Once she urged her husband to walk along the bloody way. Today in an insane way she exaggerates:

“All the perfumes of Arabia will not sweeten this little hand…”

In the course of the play, Macbeth and Lady Macbeth reverse their position. Macbeth goes from reasonable and loyal nobleman to a tyrannical murderous despot. Lady Macbeth first appears to us to be a woman, who is struggling to overcome her feminine delicacy, then succeeds and then fails.

“Lady Macbeth is perhaps the most awe- inspiring figure that Shakespeare ever drew. Sharing certain traits with her husband, she is at once clearly distinguished from him by an inflexibility of will, which appears to hold imagination, feeling and conscience completely in check.”

Thus, Shakespeare’s Lady Macbeth is a misguided and misguiding wife who for the fulfillment of her husband’s desires prays to be nerved by unnatural access to ferocity but ultimately suffers a crash of finer spirit due to nemesis.