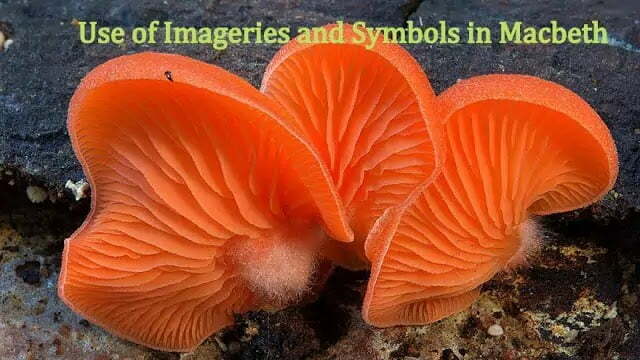 How is imagery used in Macbeth?

The Imagery in Macbeth appears to be more rich and varied, more highly imaginative, more unapproachable by any other writer than that of any other single play. A. C. Bradley has superbly commented

“The vividness, magnitude and violence of the imagery in some of the passages are characteristics of Macbeth almost throughout.” Keats says “Shakespeare led a life of allegory; his works are the comment of it.”

What does clothing symbolize in Macbeth?

Caroline Spurgeon considers the images in Macbeth more imaginative, subtle and complex than those of other plays. Firstly through the clothing imagery Shakespeare shows us his imaginative view of the hero, Macbeth. When Rosse greets Macbeth as ‘Thane of Cawdor’, Macbeth replies:

“The Thane of Cawdor lives; why do you dress me

“New honour come upon him

“Now does he feel his title

Hang loose about him, like a giant’s robe upon a dwarfish thief.”

“Was the hope drunk

Wherein your dressed yourself?”

What is dark imagery in Macbeth?

Day and Night, Light and Darkness appear as things contrasted. Day and Light represent virtue and goodness, while darkness stands for evil and death. Darkness pervades the entire play. It symbolizes the actual time to fulfil the darkened design (murder). Duncan arrives at Inverness as night falls; he is murdered during the night. Banquo returns from his last ride as night falls and is murdered in the way. Lady Macbeth invokes darkness:

And pall thee in the dunnest smoke of hell.”

Night equals evil, as does hell. She is well aware of the presence of light and heaven:

“Nor heaven peep through the blanket of the dark.”

Scarf up the tender of pitiful day.”

In both Macbeth and Lady Macbeth’s goodness is not totally put out although evil darkens their mind:

Their candles are all out.”

The darkness stands as a natural cover for the unnatural action.

The word “black” is used in the play numerous times as a symbol. In a tone of murderous thought Macbeth expresses:

Let not light see my black and deep desires.”

The keynote of the tragedy is struck in the lines:

“Good things of day begin to droop and drowse

While night’s black agents to their preys do rouse.”

Macbeth greets the Witches as “secret black and midnight hags”

Mark Van Doren finds three types of images in Macbeth – blood, sleep and fear. The colour blood heightens the horror of the play. “Every scene” said Stopford  Brooke “is crimson with blood; it is like a garment in Isaiah’s battle rolled in blood.” The surgeon who informs Duncan of Macbeth’s victory is “a bloody man”. He speaks of Macbeth whose “bandished steel smacked with bloody execution.” The second witch comes from the bloody task of killing swine. The illusionary dagger is marked with “gouts of blood” which informs the “bloody business”. The earth is referred to as a “blood stage”.

Macbeth sees the “blood-boltered” face of Banquo. He imagines his hands are stained with blood. Macbeth again speaks of the “golden blood” of Duncan. He refers Malcolm and Donalbain as “bloody cousins”. The second apparition, a “bloody child” refers to Macduff. Lady Macbeth says that all the perfumes of Arabia cannot wipe out the blood sign from her hands.

Sleeplessness looms large before our vision. In the world of chaos and disorder, there cannot be soothing rest and sleep. With the murder of Duncan sleep has also been murdered:

“Methought I heard a voice cry “sleep no more!

The whole Scotland is suffering from sleeplessness. Macbeth “lacks the season of all nature – sleep.” In the Sleep Walking scene Lady Macbeth cannot have a wink of sleep.

The babe imagery is used in a number of occasions to show pity, humanity, sympathy outraged by the murderers. Lady Macbeth invites the black spirit to “take my milk for gall”. Again she says “how tender it is to love the babe that milks me.” Macbeth in his famous soliloquy merges the babe image with the cherubim image to indicate his fear of judgement of human heart.

Why does Shakespeare use animal imagery in Macbeth?

In Macbeth plenty of animal imageries are masterly used to intensify the tragic suspense and tension of the play. Animals mentioned in the play are all fierce and ill-omened – owl, cricket, ‘grey malkins’, maggot pies, raven, choughs, rooks, the wolf, the ‘Hyrcan tiger’, ‘armed rhynoceros’, bat. All these suggest life threatening hideous and it culminates life in the holocaust of filth prepared by the Weird Sisters in the Cauldron Scene.

Even if drawn from humble things, Shakespeare has made the images great in the alembic fancy of his magnificent poetry.