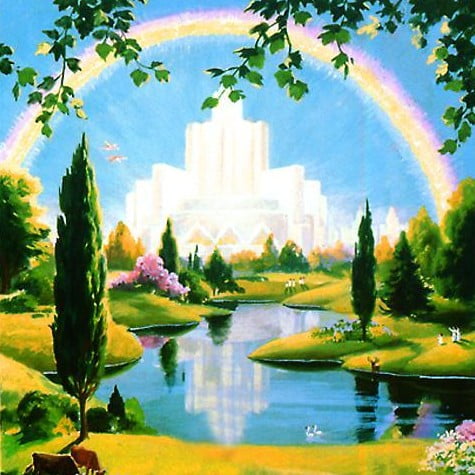 Line No 1-20
Happy-blessed ; full of rapturous joy.  Those early days — referring to the
days of the poet’s childhood. The poet was quite happy when he was a child. Shin’d—shone;
was bright with. My — the poet’s. Angel-infancy — divine childhood.
Childhood is redolent of angelic innocence and pu­rity. In his childhood, the
poet was as pure and innocent as an angel. “This place — this earth. Before
I…….. place — in his childhood the poet thought the earth to be a
reality. Now as he has attained maturity of age and expe­rience, he has
realised that the earth is an unreal, unsubstantial place, a dream or a
vision.  Appointed — fixed,
allotted.  My second race — his
second existence.  According to the
Platonic doctrine of Reminiscences, the soul of man has a prenatal existence in
heaven which is its proper or original home.
Fancy — think.  Aught—anything
on earth.   Taught — instructed. A
white celestial thought — in his childhood, the poet did not think anything
but of God. God is the embodiment of bright light in heaven. The word ‘white’
refers to the symbol of purity.   In his
childhood, the poet’s mind was filled with purity, he thought that all objects
of nature were invested with a divine radiance. I had……. a mile, or two—
the poet did not make a long journey, and the’ result was that he could see
the shin­ing, resplendent face of God.

My
first love — heaven is the first love of the soul. Looking
back — recollecting. At the short space — at the short distance from
heaven. Could see ……….. face — could see the shining face of God.
Here “first love” and “bright face” both signify God.   It is important to note that Vaughan’s
mysticism rings here. Gilded — golden colour ; bright. Gilded cloud —
the cloud is tinged with the bright golden light of the rising sun. On……… flower — on any
beautiful phenomenon of nature. Vaughan thinks of na­ture as a source of
revelation. He interprets nature from religious point of view as God’s work. Gazing
— looking at something with fixed attention. My gazing soul — the
poet’s soul that is filled with deep thought.
Dwell an hour — meditate for some time on its divine beauty as
the manifesta­tion of God.  My gazing
……….. an hour —the poet’s eager, intent soul would contemplate for an
hour. Those weaker glories— the reflection of God’s effulgence in the
objects of nature. The light on the objects is efful­gence in the objects of
nature. The light on the objects is but a weaker form of the divine
resplendence. The idea is Platonic here.
Spy — espy ; see ; find. Shadows — reflected and dimmed
glories.  Eternity — eternal God. Shadows
of eternity — dimmed reflections of God. What the poet wants to say is that
when he was a child, he had the flashes of eternity. In his innocence and
purity he recollected the divine types of heavenly life. Would — injure
or hurt conscience or feeling.   Before
I………. sound — before he had learnt the language of the sinful
men who speak about pro­fane and immoral things of the world without any prick
of conscience. In his childhood he had not yet polluted his mind or mouth with
foul thoughts and foul language which might hurt the sensibilities of his
conscience. Black art — ft commonly refers to magic which is a forbidden
art. Here it means knowledge of evil.  Dispense
— distribute or allot. Several — separate, distinct. A
several…….. sense — a separate or distinct sin to each of the fine
senses. Dispense .. sense — Men commit sins not through one par­ticular
organ but through all organs. The poet did not allow senses to be perverted.
Felt-perceived. This fleshly dress — the gross body which is a kind of
covering or screen for the soul. This is the garment of flesh with which the
soul is clothed. Shoots — glimpses. Everlastingness — eter­nity. Bright
shoots of everlastingness — it is a very compact and effective metaphysical
‘conceit’. It is the glory that shoots from the face of the Eternal (God) and
penetrates through the barriers of the body into the in­ner soul of man like
flashes. It is the senses and sins of man that dim his vision of God but the
divine light penetrates into the soul through the gross body


Long — desire much;
yearn, travel back — go back. Ancient track — Old path of
childhood. To travel……. track — to retrace his steps and go
back to the innocent days of his childhood. This is the sense of “Retreat”
which is the title of the poem. Vaughan hates the life of worldliness and
worldly sins. He wants to escape from it into the world of innocence and purity
which he possessed in his childhood. That plain — heaven, the city of
God. Reach the plain — arrive at heaven where innocence, perfection and
purity prevail. The glorious train — the band of angels in heaven; the
company of saints. Where I first…….. train — the soul, before being
born on the earth, was in heaven, because heaven is the original home of the j
soul. In heaven God and the angels were an abiding presence. As soon as the
soul is born, it becomes detached from heaven and the glorious com­pany of
angels. Enlightened — illuminated; emancipated.   The enlight­ened spirit — death
liberates the soul from the bondage of the mortal body and brings it to heaven,
which is the original home of the soul. After death, the soul of man becomes
illumined. Sees — finds. That…….. palm trees — the
city of God, i.e., heaven.  In the Bible
heaven is portrayed as the city of palm trees. Too much stay — long
residence in the world where all pleasure abound.  Drunk — intoxicated with the pleasures
of the senses enjoyed for long.  My
soul…… drunk — the poet admits that his soul is intoxicated with
worldly pursuits and mundane affairs, and thus his soul is darkened. Staggers
— reels; falters. Forward motion — going forward. Some man
……. love — generally people march forward in the path of life,
grow up and advance in years and experience, power and wealth, etc., but the
poet seeks to march backwards.   But I
……… move — the poet will move backward in search of childhood
innocence and purity which he en­joyed in his childhood. This dust — it refers
to the human body which is believed to be made of dust ; the earthly or moral
body. Falls to the urn — lies buried in the grave. In that……….
return — Vaughan says that it is not possible for an aged person to
become a child to regain his childhood in­nocence and purity. It is death which
can alone liberate his soul from the mortal body, and the soul will be reborn
on the earth, and thus he will go back to his former innocence and perfection.
~~~~~*~~~~~