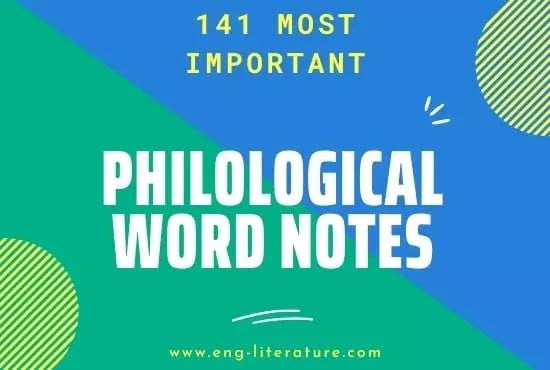 Here is a list of few important words with their origin, etymology, history and meaning. These philological word notes will definitely help all students of English Language and Literature to enhance their knowledge as well as to prepare them for the examination.

“The gravity and stillness of your youth

The world hath noted, and your name is great

In mouths of wisest censure”

The plural of woman (e.g, women) is one of those irregular plurals in English, which were formed in Old English by mutation, and which have not gone out of use even after -es has become the universal plural ending.