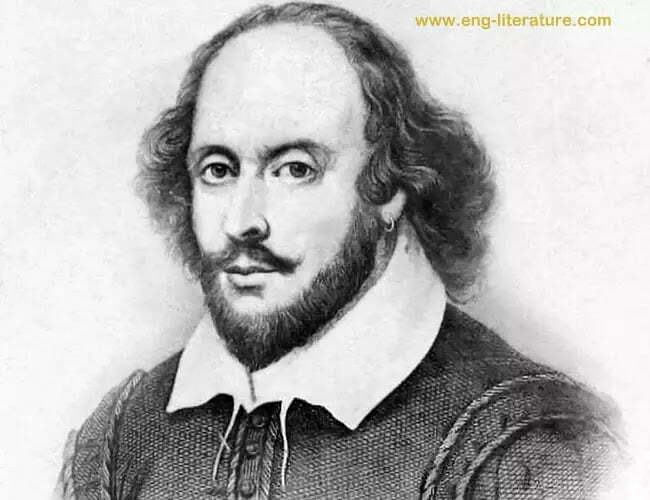 William Shakespeare, possibly the greatest of all English dramatists is to be mentioned particularly as a literary icon in English. He remains unparalleled and unrivalled in the realm of philology. No other individual writer has exercised so much influence on English language as Shakespeare has done- I) Vocabulary building, ii) Syntax, iii) morphological processing, iv) the effective employment  of words and phrases, v) different grammatical principles vi) individualization of character, vii) Shylock’s language etc.

There is incredible potency of vocabulary used by Shakespeare in his dialogues of his drama. According to Otto Jespersen (The Growth and Structure of English Language), “Shakespeare’s contribution in English philology is the richest ever employed by any single man.” His unique use of words ornamented English vocabulary-

A.C. Bradley claims that “The greatness of W. Shakespeare lies not in innovative thought process but in artistic representation of thought process with the help of greater number of new words and expressions .” There are some expressions or phrases which we use day-in and day-out without remembering or knowing even that they have come from the immortal pen of Shakespeare-

A commanding characteristic of Shakespearean use of language is specially marked by individualization of character with their own sets of language: Shylock in the play The Merchant of Venice; Malvolio in the play Twelfth Night; Porter in the play Macbeth etc.

Shylock’s (The villainous figure in The Merchant of Venice by Shakespeare) contribution to English language is enormous. The unforgettable Jew, Shylock is the bold creation of Shakespeare. His major contribution is his linguistic output. The first thing about him is his constant use of the expressions from the Old Testament. Shylock uses terms like “Jacob’s Staff”, “Parti-coloured lamb”, “Holy Sabbath”, “Hogger’s offspring” and so on.

As a maker of English, Shakespeare who is also the greatest dramatist and poet of England, is perched on the zenith wherefrom no change in linguistic fashions will ever afford to debunk him.

1 thought on “Influence of Shakespeare on English Language”