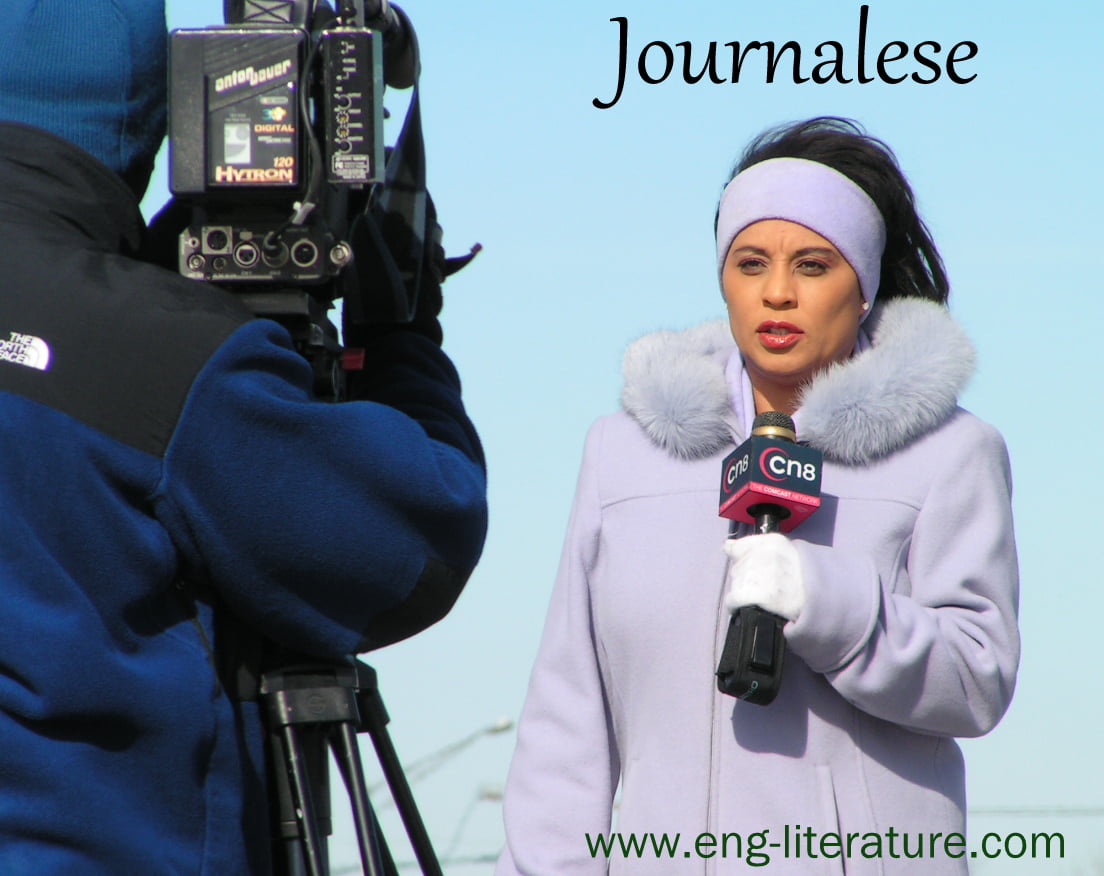 Journalese is “the name of literary vice which consists in the use of silted language of journalism.” It is an informal, often pejorative term for a style of writing and word choice found in many newspapers and magazines.  In English Newspaper we often find such big words and expressions probably to make them attractive to the readers. Journalists may use pedantic sentence like “the  disastrous conflagration extended its devastating career” instead of using a simple expression like ‘the great fire spread.’

“In general,” said Wilson Follett in Modern American Usage, “journalese is the tone of contrived excitement.” William Zinnser calls it “the death of freshness in anybody’s style” (On Writing Well, 2006).

It’s a quilt of instant words patched together out of other parts of speech. Adjectives are used as nouns (‘greats,’ ‘notables’). Nouns are used as verbs (‘to host’, ‘to eye’), or they are chopped off to form verbs (‘enthuse,’ ’emote’), or they are padded to form verbs (‘beef up,’ ‘put teeth into’). This is a world where eminent people are ‘famed’ and their associates are ‘staffers,’ where the future is always ‘upcoming’ and someone is forever ‘firing off’ a note.

Journalists often fall into a sloppy style of generalities, clichés, jargon, and overwriting. This style even has a name: journalese. In the language of journalese, temperatures ‘soa’r. Costs ‘skyrocket’. Fires ‘rage’ and rivers ‘rampage’. Projects are ‘kicked off’. Opponents ‘weigh in’. Buildings are ‘slated for demolition’ or perhaps they are ‘tagged’. In journalese, people get a ‘go-ahead’ and projects get a ‘green light’.