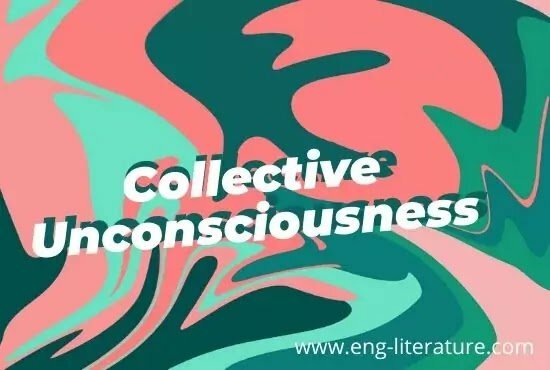 Collective Unconscious in The Emperor Jones

The Emperor Jones is a clever piece of psychoanalysis. It is expressionistic play in which the psychological or inner reality is subject-matter. In the expressionistic drama, the playwright effectively to express internal action dreams, visions, aspirations, desires, emotions and the like, the technique of interior monologue dramatic monologue. The device of the monologue, the speech of an individual to himself, is thus used to express the soul or psyche of a character both by the stream of consciousness novelists and expressionistic dramatists. O’Neill has used it in his plays very effectively and successfully.

The play was written under an impact of the theories of modern psychologists like Freud, Bergson and Jung, to illustrate in particular Jung’s concept of collective consciousness, that is, the past of a person influences his present and future. The mind of a given man contains ideas from the collective unconscious which come to him simply to virtue of his membership in the human race as well as ideas inherited from his own specific race, tribe and family. His mind contains, in addition, unconscious ideas and symbols arising from his unique personal situation to make up the structure of his personal unconscious.

In the play O’Neill has shown how the ego or self of Emperor Jones breaks down under the impact of terror, and how his personal and racial memories crowd in upon him, cause the disintegration of ego or personal consciousness. It is in this way that the past of Jones determines his present, and leads to his decay and undoing.

The Emperor Jones is a record of the gradual breaking down Brutus Jones’ conscious ego and the revelation of his personal and collective unconscious. The first two visions of Jeff and of the Prison Guard-proceed from his personal unconscious, but the later hallucinations proceed from a racial memory, for Jones had never actually undergone the traumatic experience of being auctioned as a slave, nor had he a direct knowledge of any Congo Witch-Doctor. Yet under the influence of fear, when his veneer of culture is not there to protect him, his racial unconscious projects frightening visions and completely subjugates his conscious mind.

The sin of pride seen in all tragic heroes had a particular meaning for O’Neill and Jung. Man commits a fatal error when he relies on his conscious ego too much in order to fulfill his needs, without acknowledging the power of the unconscious. Hence, the unconscious is viewed by O’Neill as the equivalent of the Greek gods. His play seems to preach the moral that for happiness man must find the golden mean between humility and pride, reconciling the unconscious needs with the conscious ones. Self-knowledge is something that all should strive for.

O’Neill’s protagonists seem very much like Shakespeare’s Lear “who but slenderly knew himself”. They move towards self-discovery painfully, and arrive at it just before the end. Jones like Lear, is slowly stripped of all ‘lendings’ to become “unaccommodated man.” The gradual disintegration of his conscious ego, the revelation of his personal and collective unconscious and his flight from himself (the fundamental self from which his blind pride and its self-image have so long separated him, and which inevitably comes into its own) constitute the dramatic movement.