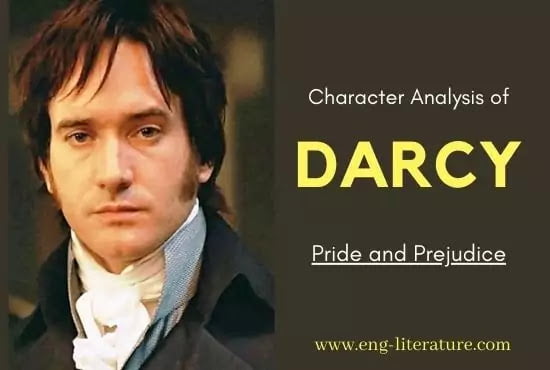 To many modern readers and critics the great blot on the book is the Austen’s portrayal of Darcy. To all appearances, there are two Darcys that we meet in Pride and Prejudice — the Darcy in the first half of the novel – proud, cold, haughty and unfriendly and the Darcy of the second half — warm, loving, considerate, a kind master, hospitable and eager to please. This seemingly irreconcilable aspects of Darcy’s character is often taken to be failure on the part of Jane Austen’s characterization.

Jane Austen was in her early twenties when she wrote Pride and Prejudice and hence her failure in delineating Darcy’s character is attributed to her immaturity. Secondly, some critics believe that Jane Austen was generally unsuccessful in drawing credible male characters However, opinion is divided and many believe that Darcy is a credible and convincing character and what appears as irreconcilable aspects of his character is simply a result of our having misread Darcy’s character along with Elizabeth.

Definitely, Darcy is proud in the beginning. His behaviour on his first appearance, is so appallingly insolent that few readers can entirely forgive him for it, and it is doubtful if Meryton could ever have learnt to make excuses for a man who slighted the whole neighborhood, refusing to dance and declaring audibly that none of the women present were handsome enough for him. He is contemptuous of the people below him in social status and feels no need to conceal his contempt. He acknowledges his own pride and conceit’ and his selfishness in caring for none beyond his own family circle and thinking meanly of all the rest of the world. At Netherfield he tells Elizabeth, “My opinion once lost is lost for ever”. And finally his proposal to Elizabeth at Hunsford parsonage is more eloquent on the subject of pride than of tenderness.

Thus, Darcy is definitely proud in the beginning. Some of his coldness and reserve may be at least attributed to his inordinate shyness and his awkwardness in the company of strangers at a large ball. Also Darcy’s pride is to be seen as something other than mere snobbishness. As Catherine Lucas points out Darcy does have much, to be proud of and his pride is the result of a genuinely aristocratic consciousness of merit.

As the book proceeds, we come to discover the truth about Darcy. He is complex, sensitive and intelligent and – on the whole he is superior to all the other males in the story, including Bingley. He is not morally blind either and recognizes the vulgarity and ill-manners of the Bingley sisters and is as much embarrassed by Lady Catherine’s behavior as he had been by Mrs. Bennet’s vulgarity. He realizes that good manners are not the monopoly of any particular class and observes how cultured and brilliant Elizabeth is.

It is interesting to note, also, something that is too often overlooked: Darcy very early in the book turns his attention to Elizabeth and Jane Austen gives enough pointers to show Darcy’s increasing attraction towards Elizabeth. The astute reader is not, therefore, misled, as Elizabeth is, about Darcy’s true feelings and so the change that comes with his letter seems less extreme and less incomprehensible.

His rejection by Elizabeth humbles him completely and it, forces him ‘to cast a fresh look on his character’. It is credible that Darcy under the influence of his great love for Elizabeth, changes to a warmer and humbler person. At his own home in Pemberley he is not shy or reserved and is the perfect gentleman, inviting the Gardiners and introducing his sister Georgiana to Elizabeth. His love for Elizabeth is so great that he overcomes his disgust for Wickham and plays a prominent role in getting Wickham to marry Lydia, thus saving the Bennet family from social disgrace. This raises him in Elizabeth’s esteem as well as ours.

Darcy exists only in scenes with Elizabeth and probably a scene or two more with his aunt would have established him more firmly. His extreme insolence at the Meryton ball may seem inconsistent with his later warm behaviour, but in thinking so, the reader is like Elizabeth Bennet being prejudiced by first impressions. His solidity of temperament is implied in his affection for Bingley, and his keen perception is evident in his dislike of the Bingley sisters and Lady Catherine and his attraction towards Elizabeth.

Darcy is real and convincing all the more so because he changes gradually under the influence of love and not overnight. Noteworthy is that the reader sees Darcy through Elizabeth’s point of view and that point of view is obviously prejudiced and blind to all his positive attributes. If we are not conscious of his good qualities or fail to see the changes in him it is because we are looking at him through Elizabeth’s eyes. Thus, what appears to be an inconsistency in his character merely stems from the point of view in the novel.

We may conclude therefore, that Darcy is a convincing and credible character and his change from cold reserve to warm friendliness is justifiable. Darcy shows himself to be a true lover as well as a gentleman by making her the happiest woman in the world. We feel that he had passed through an ordeal of fire, on account of his true love which manages to consume his single defect in him, namely pride.