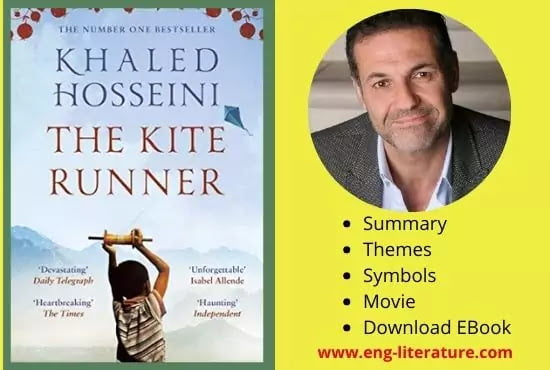 The Kite Runner by Khaled Hosseini

The bestselling novel, Khaled Hosseini’s The Kite Runner, being an unforgettable, sensational, emotional, heartbreaking, story of the unlikely friendship between a well off boy and the son of his father’s servant, is very artistically crafted novel set in a war-torn country, Afghanistan. It is about the power of reading, the price of betrayal, and the possibility of redemption; and an exploration of the power of fathers over sons—their love, their sacrifices, their lies.

A gripping story of family, love, and friendship told against the devastating backdrop of the history of Afghanistan over the last thirty years. The Kite Runner is an unusual and powerful graphic novel that has become a beloved, one-of-a-kind classic.

Trust me this story would definitely make you shedding tears if you really delve in-between-pages.

So firstly it’s important to understand that Afghanistan of the 1960’s was a flourishing time. Many attended University there was a new constitution that was created – in order to institute a Democratic legislature. People had free voting they could vote without any fear of government attacks and during the 1960’s when this novel begins times in Afghanistan were very peaceful and this was a very prosperous country.

In 1979 there was the soviet-afghan war which began. So this is a war which internally hit Afghanistan substantially but also the Soviets which is the leadership from Russia at the time tried to intervene in order to protect the monarchy. So there were lot of insurgent groups are basically rebel groups who backed by the US. The most notable of it being the Mujahideen which later run in the late 90s became Al Qaeda and this group was backed by the USA, Saudi Arabia and Pakistan, while the Communist Party was backed by the Soviet Union and the monarchy of course was backed also by the Soviet Union.

However the king and the government lost and the Soviet troops pulled out in 1979 and the country was left to a civil war and it was eventually controlled by extremist groups most notably the Taliban which led to a reversal in what was in the 1960s. So there were no more free elections women for instance who were able to attend University who were able to dress how they wished became very restricted and also this state of the Afghanistan became very Islamic.

Who is Hassan in The Kite Runner?

Who is Ali in The Kite Runner?

Ali is an acting father to Hassan and a servant of Baba’s. Ali is defined by his modesty more than anything.

He is the son of Hassan and Farzana. In many ways, Sohrab acts as a substitute for Hassan in the novel.

Hassan’s and Sohrab’s rapist and the villainous figure in the novel.

He is close friend of Baba who knows all of Baba’s secrets.

She is Amir’s wife. Soraya is steady, intelligent, and always there for Amir when he needs her.

Who is Karim in The Kite Runner?

Karim is the bus driver who helps Amir and his father Baba escaping from Kabul ( Afghanistan) to Pakistan.

The novel begins with Amir, the main character who looks back on his childhood in Afghanistan. He lived with this father Baba and the two servants -Ali and his son Hassan. They were the two servants that worked for Amir and his father.

The novel then develops and we learned that Afghanistan’s King is overthrown.

Amir and Hassan are playing one day when they run into three boys (Assef, Wali, and Kamal) who threatened to beat Amir up for playing with an ethnic minority, Hazaras like Hassan.

Hassan uses his slingshot to scare the boys off.

Now it is winter, and everyone is at a kite-flying tournament. When a kite falls the boys chase after it to retrieve it which they call kite running and hence this is where the novel has taken its name from.

Amir during this time wins a tournament and Hassan runs after the other kite.

Amir goes after him and finds him being held down in an alley by three bully boys reaping him.

Amir on witnessing this runs away. He doesn’t step in to help his friend, Hassan. When Hassan returns, he pretends like he doesn’t know what happened.

The two boys then began to drift apart. Amir feels really guilty about what he did and what happened to Hassan. However he wants Hassan to leave he hides money under Hassan’s pillow and tells his father that Hassan stole it.

His father confronts Hassan who admits to doing it (although we know he didn’t).

Ali and Hassan are then sent away.

The story then skips forward to many years later to a mayor and his father who then escaped Kabul as the Soviet troops invade and Afghanistan is in the full throes of war.

They escape first to Pakistan and then move to California.

Once they reach to the US, Baba works at a gas station and Amir goes to school. The work on a flea market on weekends to really make ends meet. Their life in the US is far less blissful than the life that he left behind in Afghanistan.

One day they run into an old friend at the market – General Taheri. Amir notices his daughter, Soraya.

Amir tries to speak with her.

Then Baba is diagnosed with lung cancer.

Amir proposes to Soraya, and they hold the wedding quickly so that Baba can attend.

Amir then hears from Rahim Khan, Baba’s close friend who wants him to visit him in Pakistan.

He goes and Rahim tells him that Afghanistan has gotten much worse.

He also followed Hassan after he was kicked from their home. Hassan ended up married with Farzana in Kabul. They  had a son called Sohrab.

Years later he hears that the Taliban kills Hassan and his wife and put their son in an orphanage.

He asks Amir to go to Kabul and find the son, Sohrab, and bring him to Pakistan so that Rahim can at least care for her.

He also tells Amir the secret that Baba was Hassan’s father – his brother.

He goes to the orphanage but is told that they have moved the boy. So Amir who now realizes that Hassan was his half-brother feels a real responsibility towards Hassan’s child who’s now in the orphanage.

He then goes to soccer game the next day where a Taliban official supposed to be.

There he witnesses a stoning at half-time and realizes just how bad Kabul has gotten.

He meets the official and tells him that he’s looking for Sohrab and they bring him in. It looks as though Sohrab much like his father had been sexually abused.

Amir recognizes the official (Assef) was one of the bullying schools boys from childhood.

They officials attack then and Sohrab shoots them with his slingshot so that he an Amir can escape.

Amir then asked him to come and live with his wife and him in the US and Sohrab agrees.

They face difficulty getting Sohrab to the US as he has no papers.

Sohrab tries to kill himself. He survives but then refuses to ever speak again.

They manage to move to California.

One day they go flying kites. They win and a Amir runs off to fetch the losing kite for Sohrab. The Story ends here.

The characters in the story really cannot escape their past they’ve really shaped by it.

Sohrab’s past was very traumatizing. This causes him to flinch and often be withdrawn. When he thinks they might be sent back to the orphanage he tries to kill himself.

Amir is haunted by his past and his guilt from it drives almost all of his actions. He even feels responsible for Hassan’s death since the son was kicked out of his home because of Amir.

In this story political events in the country directly affect characters in their lives.

Amir and Baba are forced to flee their home because of political events and Hassan is killed because of the Taliban.

Amir in a way becomes symbolic of Afghanistan – he has been put through difficult times but in the end redeems itself one day.

Amir constantly feels like he has to redeem himself he wants to impress his father because he thinks Baba is angry that his wife died during childbirth.

His guilt about Hassan drives him to search for his son in hopes of redeeming himself.

Symbols in the Kite Runner

5 best Quotes from The Kite Runner

“For you, a thousand times over” (signifies the solidarity and intensity of friendship)

“It always hurts more to have and lose than to not have in the first place.”

“There is a way to be good again…”

“It may be unfair, but what happens in a few days, sometimes even a single day, can change the course of a whole lifetime…”

Please Don’t forget to drop your feedbacks regarding this article