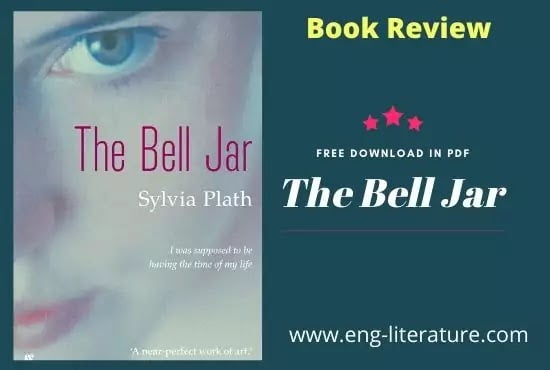 The Bell Jar was first published in the United States, almost ten years after Sylvia Plath’s death, exploding on the bestseller charts. Today its popularity endures, and the novel has sold more than 2 million copies in the United States alone. Plath started writing the highly autobiographical novel after her first book of poetry, The Colossus, was published in 1960. The Bell Jar was first published in England under the pseudonym Victoria Lucas in 1963. Plath used the pen name to protect people portrayed in the book and possibly also because she doubted its literary merit, referring to it in a letter as “a pot boiler.” One month after its publication, Plath committed suicide.

The Bell Jar by Sylvia Plath is often considered a roman à clef, with Esther Greenwood’s descent into mental illness paralleling Plath’s own experiences. The events in the novel closely parallel Plath’s twentieth year, and the novel contains many descriptions of real people, though Plath changed names and embellished fictional details. For example, like Esther who secures a high profile summer internship at the magazine Ladies’ Day, Plath worked in 1953 on the college editorial board at Mademoiselle. Philomena Guinea is based on Plath’s patron, Olive Higgins Prouty, author of Stella Dallas and Now, Voyager, who funded Plath’s scholarship to study at Smith College.

Also similar to the novel’s protagonist, Plath was rejected from a Harvard writing course taught by Frank O’Connor, which contributed greatly to her impending breakdown. Doctor Nolan is thought to be based on Plath’s own therapist, Ruth Beuscher, whom she continued seeing into adulthood. Esther Greenwood’s breakdown and suicide attempt closely resemble Plath’s during the summer of her junior year. Plath swallowed an excessive dose of pills and hid in the crawlspace of the cellar, her absence prompting an all-out search by family, friends, and local officials. Two days later, she was discovered—alive, but semicomatose—and rushed to the hospital.

The Bell Jar: Story Behind Its Publication

The Bell Jar has a noteworthy publishing history. In London, under the name of Victoria Lucas, it received moderately positive reviews and sold briefly. It was then published again in England, posthumously, in 1967, this time under Plath’s name. In 1971, Ted Hughes, Plath’s husband, convinced her mother, Aurelia, to allow The Bell Jar to be published in the United States. Aurelia worried that the novel’s often unkind portraits of people would be injurious both to those portrayed and to Plath’s growing reputation as a serious poet. Between the novel’s publication in England and the United States, Plath’s posthumous volume of poems, Ariel, had been published in 1965 to critical success. Reviewers praised the chilling, intimate, confessional poems, and many considered Plath to be a gifted writer.

The Bell Jar was almost unheard of in the United States until its publication in 1971. Its appearance would quickly make Plath a popular and tragic legend, to be adored by fans and debated by critics.

The Bell Jar’s reception in the United States was greatly affected by both the publicity surrounding Plath’s death and the posthumous publication of Ariel. Bantam Books brought out an initial paperback edition in April 1972, with a print run of 357,000 copies. That initial printing sold out, as did a second and a third printing, in one month, and the novel remained on the bestseller list for at least 24 weeks.

Plath’s suicide helped fuel her legendary status. The emotional immediacy of her confessional poems and the biography of the all-American girl who killed herself at the age of 30 add up to a tragic and compelling story. Plath has become a mythical cult-like figure: an artist who struggled through depression, overcame it, and was then destroyed by it.

The Bell Jar is widely read among adolescent women. Esther Greenwood is a popular protagonist, the female counterpart to J.D. Salinger’s Holden Caulfield. Esther is a good student, funny, sexually confused, and depressed. She often feels alienated from and pressured by society, and many young readers feel they can identify with her. The nervous breakdown and attempted suicide of a well-behaved, bright, and successful college student touches adolescent readers, and reading Sylvia Plath has become a rite of passage for many young adults.

Even for critics and scholars, the biography of Plath and her mythical stature greatly influence their readings of the novel. Critics have debated if the novel should be considered serious literature or if it should be remembered as a popular novel by an author whose true talent was poetry. The Bell Jar has received less scholarly attention than the poems, yet many notable critics have claimed it to be an important American novel that gives voice to women who are typically silenced.

Feminist critics have analyzed the novel as a powerful critique of the repression of women in the 1950s and as a portrayal of one woman’s struggle within such a society and her attempt to assert control over her life. Plath’s highly respected poems, her tragic suicide a month after The Bell Jar‘s initial publication, and the widely known story of her depression, breakdown, and stay in a mental hospital are impossible for readers to ignore in their reading of the book. As Sylvia Plath‘s only novel, The Bell Jar has become iconic in both literary and popular culture.

Let me drop my pen with a superb quote of The Bell Jar :