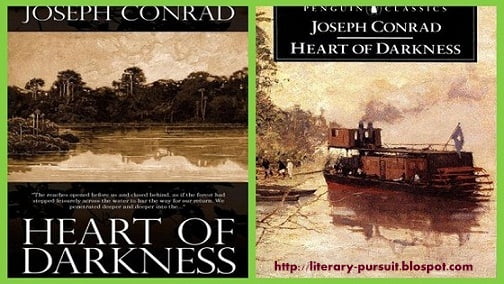 Not too often can an author have achieved his aim for a novel with more perfection than Joseph Conrad with Heart of Darkness. Conrad once wrote how he hoped to instill enough power in the sombre theme of the book that it would “hang in the air and dwell on the ear after the last note had been struck”.

More than a century has passed by since its first publication the novel still resonates, revitalizes. Modern film-makers and writers allude to it routinely and some of its contents, like the “the Inner Station”, “Mr Kurtz”, “The horror! The horror!”, are key parts of literary iconography.

Argument begins, however, over the book’s somber theme. The debate is not just ongoing, it is yawning.

The Heart of Darkness is a novella, barely 100 pages long, and is set in the backdrop of a sailor’s life (much like Conrad himself, and his other works).

The novella has three sections, with much of the things fast forwarded in between. The story is being narrated by a certain Mr. Marlow while sitting on a ship by the banks of the Thames. Mr. Marlow has been a sailor for most of his life, but a different one at that, for he had dared to explore the realms beyond the sea too, making him an adventurer of sorts. He narrates his experience of finding the most enchanting personality of his life, Mr. Kurtz, somewhere in the hearts of the unexplored darkness in Africa (allegedly Congo). The timeline of the story is of the colonial era (published in 1899), and Africa was being plundered for its ivory.

Mr. Kurtz is described as an enigma, a ‘universal genius’, who had been sending large amount of ivory from the hearts of this area to the base station while other station masters were floundering, when they were not dying, or turning senile from the hostile environment. The entire expedition is much for one purpose, that is of finding Mr. Kurtz; while for Marlow – to talk to this enigma is the purpose of this ordeal (not that he had not asked for it). Kurtz is the ever pervading background of everything in this plot, and yet, his active role is too little, at least, too little in description to give the reader a fair idea of his enigma. Marlow hates him, and then he doesn’t. Marlow becomes loyal to Kurtz, even to the dead Kurtz, and there seems to be little reason in it other than that he sympathized with Kurtz and at the same time loathed the general white lot present with him, whom he refers to as the ‘pilgrims’, seekers of ivory.

The author, in Marlow, demonstrates a strange kind of (over) confidence of having known something that others did not. That is an often added tone (of understanding in retrospect and being under the illusion that we knew it all along) when one is narrating something others know less of, like an authority in it. But he also then shows a side-effect of such, ‘intellectual arrogance’.

Overall, the book deals with ‘the heart of darkness’ which appears to be the listlessness that can sometimes come to pervade our lives. Further, it deals with how most of us are lucky enough to not be confronted by it regularly, for the imbroglio of anxiety, fear, confusion, short-sightedness and shaky faith can wreak havoc on us and what might happen, if we embraced that struggle. We might become a Kurtz but not without paying the price, as Kurtz did with his life tossed away to sickness and disease. The book lays much emphasis on the necessity and power of faith, in at least something, as a guiding force and a source of strength in such moments.

It wasn’t a very pleasant read, it ought not to be, for such matters are mostly unsettling should one really care to sit down and do something about them, but it was an ‘okay-ish’ read. What is more dissatisfying is, as much as it is true of most philosophy presented in allusions, that it does not give an answer, nor suggests one, but only shows the beginnings of certain paths which might lead us somewhere. How sounds are those ideas, is something one must find out for himself through conjectures, or by actually treading on them. No wonder that is a way, as Conrad said

“The only legitimate basis of creative work lies in the courageous recognition of all irreconcilable antagonisms that make our life so enigmatic, so burdensome, so fascinating, so dangerous, so full of hope.”