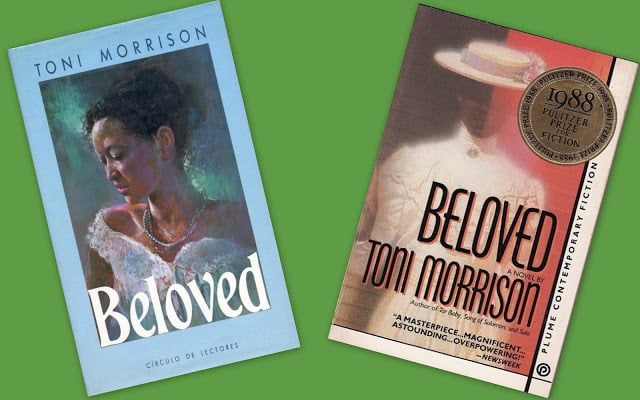 Toni Morrison’s Beloved was published in 1987. The novel won the Pulitzer Prize for Fiction and was a finalist for the National Book Award. Inspired by the real-life story of a runaway African-American slave named Margaret Garner, who killed her own daughter to prevent her capture and enslavement, Beloved tells the story of Sethe, a runaway slave who takes her daughter’s life in the same manner.

The novel begins years after slavery was abolished. Sethe resides in the house numbered 124 in Ohio with her daughter, Denver, and the haint of her other daughter, who is dead. Her mother-in-law, Grandma Baby Suggs, has passed away, and her two sons, Howard and Buglar, have left home. When Paul D, who was enslaved with Sethe at Sweet Home, meets Sethe again after years apart, the two act on their attraction to each other and pursue a relationship. Paul D scares away the haint that haunts the house, much to Denver’s grief, as she has relied on the spirit of her dead sister for company in her isolated home. One day, Paul D, Sethe, and Denver encounter a finely dressed young black woman named Beloved waiting for them at 124. They feed her and give her a place to rest until she becomes a permanent resident in the house. They do not realize at first that Beloved is the spirit of Sethe’s dead daughter taking corporeal form.

As the mysterious Beloved extends her stay at 124, Sethe’s and Paul D’s traumatic memories of their enslavement grow more prominent. Paul D is forced to recall his abuse at the prison farm in Alfred, Georgia, where he was imprisoned after trying to kill his last master, Brandywine. Sethe confronts her rape and stolen breastmilk at the hands of the nephews of Sweet Home’s brutal new master, the schoolteacher. They determine through their shared stories that Sethe’s husband, Halle, became delirious after witnessing Sethe’s rape and disappeared. Eventually, Paul D suspects that Beloved’s presence may have something to do with the growing unease at 124. When Paul D interrogates Beloved, she gets her revenge by seducing him. Feeling guilty, Paul D tries to tell Sethe about his indiscretion but, out of panic, suggests that they have a baby together instead. The two have a moment of romantic glee despite both doubting that pregnancy is the right path for their relationship.

One day, Stamp Paid, the man who helped Sethe escape Sweet Home, shows Paul D a news clipping describing Sethe’s arrest for killing one of her daughters. Years ago, when Sethe first arrived at 124 with her newborn baby, Denver, she was finally able to reunite with her two sons and daughter who had escaped before her and were safe in Grandma Baby Suggs’ care. Jealous that Grandma Baby Suggs’ family was doing well, the townspeople neglected to warn them about the arrival of the slave catchers. Without any time to make an escape, Sethe took her children with her to the shed and tried to kill them all with a handsaw. She succeeded in killing only her oldest daughter before the schoolteacher and the slave catchers found her. Reasoning that she was not sound enough to return to Sweet Home, the schoolteacher and slave catchers left. Sethe was arrested for murder. The news of Sethe’s actions horrifies Paul D. When Paul D confronts Sethe about it, she defends her actions, which leads to Paul D’s departure from the house.

With Paul D gone, 124 falls into decline. When Beloved reveals herself to be Sethe’s murdered daughter, Sethe is overcome with guilt and neglects her job to give into Beloved’s every demand. Denver realizes quickly that Sethe’s health is declining due to Beloved’s possession. She reaches out to the townspeople for help, leaving her house on her own for the first time. When news of Beloved’s haunting makes its way across town, the townspeople gather in front of 124 to exorcize it. At the same time, Denver’s new employer, Mr. Bowdin, arrives at 124 to pick her up for her night work. When Sethe and Beloved come out of the house to see about the commotion, Sethe mistakes Mr. Bowdin for the schoolteacher. She attacks him with an ice pick, only to be wrestled down by Denver and several of the other townspeople.

Paul D learns of what happened through Stamp Paid and checks on Sethe. When Paul D enters 124, he finds Sethe in Grandma Baby Suggs’ bed, grieving Beloved’s departure. He promises to take care of her along with Denver. While they are both haunted by their pasts, he reminds her that they need to learn to heal to survive.

To Get free Beloved PDF subscribe my Telegram Channel