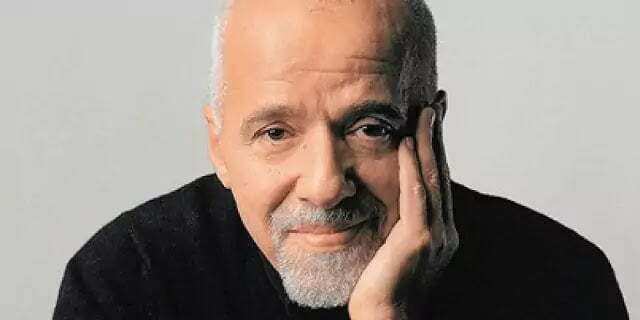 The world famous author of several bestselling novels, Paulo Coelho is a novelist counted amongst one of the most widely read writers in the contemporary world. A hugely popular author, he holds the Guinness World Record for having the most translated books by a living author. His writings have often been criticized for lacking the finesse and depth of good literature but this factor does not seem to in any way diminish his fame as a novelist.

Coelho had always loved writing and dreamed of being a writer from an early age. He was however discouraged by his parents who wanted him to become a lawyer. The rebellious young man quit law school after one term to become a hippie and got involved in a carefree lifestyle characterized by drugs, sex and rock.

It was during a visit to Spain when he was 38 that Coelho experienced a spiritual awakening and realized that it was high time he listened to his intuition and pursue his dream of becoming a writer. He quit his other jobs and started writing full-time. Today he is much loved for his books not just in his home country, but also across the world in over 150 other countries.

He was born to devout Catholic parents in Brazil and attended a Jesuit school. His father was an engineer.

Paulo wanted to become a writer from a young age but his parents disapproved of this career choice. They wanted him to pursue a more stable profession and become a man of the world. The teenager’s rebellion made his parents commit him to a mental asylum thrice even though he kept on escaping.

Giving in to his parents’ desire he abandoned his dream of becoming a writer and enrolled in law school. However he could not concentrate on his studies and dropped out after one year.

He became a hippie and traveled all over South America, North Africa, and Europe. He became involved in the ‘drug, sex, and rock’ culture of the 1960-70s.

Once back in Brazil, he accepted a position as a songwriter for Elis Regina Rita Lee and Raul Seixas. His association with Raul made him familiar with magic and occultism. The military government even arrested Coelho once as his lyrics were considered left-wing and dangerous.

He was not satisfied with his career and tried his hands at a variety of professions before he finally became a writer. He had been an actor, journalist and theatre director.

His first book ‘Hell Archives’ was published in 1982. However it was not successful. In 1986 he undertook a 500-plus mile trek on the Road of Santiago de Compostela in northwestern Spain. He had a spiritual awakening on the trip and intuitively realized that it was time he started writing seriously.

His novel ‘The Pilgrimage’ was published in 1987. It was an autobiographical account of his experiences during his trek in Spain which explored man’s need to find his own path in life.

The very next year, he published ‘The Alchemist’ which would soon become his best known book. The 1988 novel tells the story of a shepherd who has a recurring dream of finding treasure in Egypt.

In 1990, he released a novel about a beautiful young girl and her quest for knowledge—‘Brida’. The story deals with the girl’s journey towards self-discovery and her relationships with the people she meets in her life.

Throughout the 1990s, he made it a point to write at least one novel every two years. His more popular novels of the decade were ‘By the River Piedra I sat Down and Wept’ (1994) and ‘Veronika Decides to Die’ (1998).

He welcomed the new millennium with the book ‘The Devil and Miss Prym’ (2000) in which he told of the choices people have to make when faced with temptations. It was basically a tale of the battle between the good and the evil.

The novel ‘Eleven Minutes’ was released in 2003. The plot revolved around the story of a prostitute who is well experienced in sex but does not believe that she will ever find true love.

‘The Alchemist’ is the work that established him as a major author on the international level. The book was first published in Portuguese and has till date been translated into 80 different languages and has sold over 65 million copies.

He was presented with the World Economic Forum Crystal Award in 1999.

The Zahir—Kiklop Literary Award Hit of the Year, Croatia, 2006

Order of Honour of Ukraine, Ukraine, 2004

Order of St. Sophia for Contribution to Revival of Science and Culture, Ukraine, 2004

Knight of Arts and Letters, France, 1996