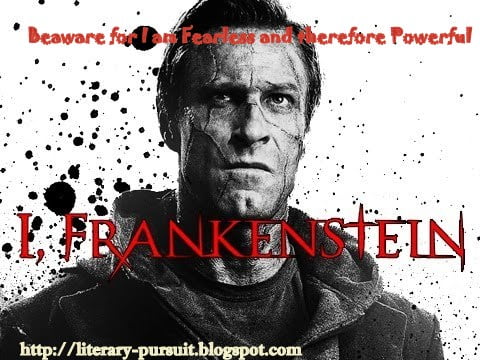 Frankenstein as an Enduring Cultural Myth

The novel Frankenstein or the Modern Prometheus is undoubtedly one of the most original and complete productions of the day. It wasn’t really Mary Shelley’s novel that penetrated public awareness: it was the irresistible story, the myth that reached deep into everyone’s psyche, embodying hopes and fears of the future and the unknown. When the book was published anonymously in 1818, most critics speculated the author to be a man (Possibly P.B. Shelley, Mary’s husband) because of the dedication of the novel to William Godwin, Percy Shelley’s father-in-law. The blasphemous ideas expressed were considered particularly unseemly for a woman. The style of the novel is generally praised; most agreed with Blackwood’s assessment of

“the author’s original genius and happy power of expression.”

Personal obligations crowded Shelley’s life, taking her attention away from her creation just as it was gaining a life of its own. After several tragic years in Italy, she returned to England in August 1823, a widow with a three-year-old son. In London, she, her father, and her half brother attended a performance of Presumption! or, The Fate of Frankenstein — one of at least five stage renditions of the story of the monster made by man mounted that year. “Lo & behold!” Shelley wrote to a friend, “I found myself famous!”

It was the monster and his pitiful story that grabbed the spotlight. “The piece upon the whole has little to recommend it, but that, as times go, will be no great obstacle to its success,” one critic wrote of the play. Leaflets questioning its moral fibre appeared throughout London and Birmingham. “Do not take your wives and families,” naysayers warned, since the play “treats of a subject which in nature cannot occur.” Yet the forbidden is forever fascinating, and new versions of the Frankenstein story, both tragic and burlesque, drew crowds in London, Paris, and New York.

The myth of the monster made by man swiftly became a formula to describe social and political dilemmas. Member of Parliament George Canning invoked “the splendid fiction of a recent romance” in a debate on slavery. Freed slaves, he argued, would be physically strong yet morally uneducated, a challenge to the emancipator who “recoils from the monster which he has made.” Mary Shelley was flattered. She told a friend that

“Canning paid a compliment to Frankenstein in a manner sufficiently pleasing to me.”

New, but now familiar, details attached to the story as it snowballed through popular culture: a bumbling assistant; an inarticulate monster; links to machinery and power generation. The monster’s costume and makeup changed from show to show: a toga in one rendition, blue skin in another.

The title of that first and most popular play became the one-word summation of the story and its message: Presumption. “In every age of the world woman’s curiosity has been equalled by man’s presumption,” read the opening words of a two-penny chapbook retelling the story. Blunt moralisms explained away the ambiguities and mystery of Shelley’s story. Most adaptations ended when some natural catastrophe — lightning, volcano, explosion — destroyed man and man-made monster in one sweep.

Even today, there are only a few people come across Shelley’s novel Frankenstein, yet numerous around the world know the story, believe the monster is named Frankenstein, and imagine his bloodcurdling look. To retell the story is a challenge in itself; it is so layered with interpretations. Yet at its core is a myth of human ingenuity, a story that taps hope and fear simultaneously.

Frankenstein has maintained its imaginative appeal and socio-political relevance for more than 200 years and at present there seem to be no limits to its ongoing popularity, thus proving that Mary Shelley was “no inept neophyte who chanced upon a myth.”