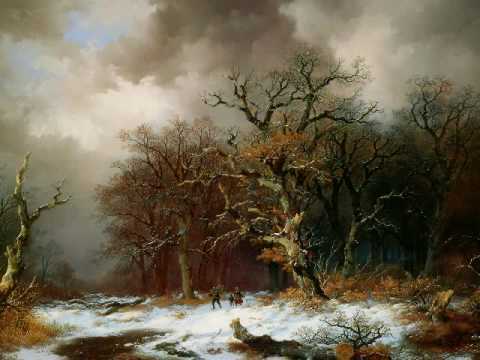 Ode to the West Wind as a Romantic Poem

The genius of Percy Bysshe Shelley mainly rests upon as a lyric poet per excellence. Without any hesitation we may acknowledge him to be the loftiest and most spontaneous singer in the whole range of English literature. His entire personality is dissolved into his songs, so much so that he becomes “a voice, a lyric incarnate.” Swinburne truly regards him “the perfect singing God.” The Ode to the West Wind abounds in lyricism. S. A. Brooke puts it “the lyric of lyrics.”

Percy Shelley was, and is, one of the poets who represented the Romantics beautifully – he was a passionate, wild soul, who blended an admiration for natural beauty with incisive political observations. Romanticism is characterised by a deep appreciation of nature, emphasis on emotion over rationality, close examination of the human condition, and the prioritisation of the writer’s creative spirit over literary and formal conventions. Shelley was the most gifted with emotional fervour. His emotional outbursts sound loud in plenty of expression in Ode to the West Wind: “oh, lift me as a wave, a leaf, a cloud,” “Make me thy lyre, even as the forest is,” “Be thou spirit fierce, / My spirit! Be thou me, impetuous one!” Those fiery emotion burns to white heat.

The poem Ode to the West Wind  was written in the autumn of 1819, in the beautiful Cascine Gardens outside Florence and was published with Prometheus Unbound in 1820. Shelley wrote this ode shortly after the Peterloo Massacre, in which royal soldiers attacked and killed working class protestors at a rally in the St. Peter’s Field area of Manchester. Together with other works written in 1819, such as ‘England in 1819’, ‘Ode to the West Wind’ did much to generate Shelley’s reputation as radical thinker. The poet is himself in a mood of despondency and misery.

Shelley’s lyrics are surpassingly musical and sweet. Swinburne was ecstatic in his tribute to this aspect of Shelley’s lyricism. The co-existence of pessimism and optimism- the swift replacement of one by the other-is a major attractive feature of Shelley’s lyric poetry. He was alone the perfect singing God; his thoughts words and deeds all sang together. Arnold, one of the worst critics of Shelley, admired his music and remarked: “the right sphere of Shelley’s genius was the sphere of music.” Shelley’s careful handling of diction fitting into the sense of his lines enhances the musical quality keeping with the swift, of his lyrics. The rhythm of Ode to the West Wind is thus exactly in gusty march of the wind itself: “O wild West Wind, thou breathe of Autumn’s being.” Shelley never allows morbidity to overcome the enjoyment in his lyrics. Self-pity is no doubt his favourite theme, but in his lyrics, he presents this self-pity, not as something to be feared, but as an essential part of life. His despondency is soon replaced by an ecstatic rapture of joy when he comes to think of the future happiness of mankind, of the millennium to come:

“If Winter comes, can Spring be far behind?”

Shelley calls the West Wind a destroyer and a preserver at the same time. It is a destroyer because it makes the trees shed their leaves making them bare. The west wind is called a preserver since it carries the seeds to places where they lie in hibernation during the winter and when the sister of west wind, the east wind blows in spring time, they start to germinate and blossom into many different coloured flowers. Winter is often seen as death since plants die and many animals hide themselves for the season. The earth looks barren and appears lifeless but spring is a time of rejuvenation, flowers blossom and insects and animals begin to start life again. The poet gives the credit of carrying the seeds to a safer place in winter to the west wind. This way it becomes the destroyer and the preserver.

Like the other Romantic poets, Shelley too was an ardent lover of Nature. Like Wordsworth, Shelley conceives of Nature as one spirit, the Supreme Power. He celebrates nature in most of his poems as his main theme such as The Cloud, To a Skylark, and To the Moon,  Ode to the West Wind, A Dream of the Unknown. The tone of pessimism set in the beginning with ‘dead’, ‘ghosts’, ‘corpse in grave’ reaches its climax with ‘I fall upon the thorns of life, I bleed’. Shelley is a great prophet- a dreamer who conjures up vision of a millennium for mankind. Shelley is pessimistic about the present but optimistic about the future. He believes that regeneration always follows destruction and that a new and Utopian order is certain to come when the present degenerate system is ended.

Idealism is a part and parcel of Shelley’s temperament. He is a rebel, like Byron, against the age –old customs, traditions, conventions and institutions, sanctioned only by practice and not by reason. Unlike Byron, but, he is not only a rebel but also a reformer. He wants to reconstitute society in keeping with his ideals of good, truth and beauty. According to Compton- Rickett, “To renovate the world, to bring about utopia, is his constant aim, and for this reason we may regard Shelley as emphatically the poet of eager, sensitive youth; not the animal youth of Byron, but the spiritual youth of the visionary and reformer.”

Poetry is the expression of the poet’s mind. This is absolutely true of Shelley’s poetry. A study of Shelley’s poetry is the easiest and shortest way to his mind and personality. In the West Wind, Shelley finds a kindred spirit. The poet narrates the change, he has undergone in the course of his life. He was full of energy, enthusiasm and speed in his boyhood, but the agonies and bitterness of life-“A heavy weight of hours”-has repressed his qualities and has put him in an unbearable state. He had lost his old vigour and force. The expression of his sufferings “I fall upon the thorns of life! I bleed!” is intensely genuine, heart-rending, and possibly the most spontaneous of Shelley’s emotional outbursts through his poems.

Shelley holds a unique place in English literature by virtue of his power of making myths out of the objects and forces of Nature. Shelley’s sky-lyrics- Ode to the West Wind, The Cloud and To A Skylark -have all been interpreted as having symbolic significance. The West Wind drives away the old, pale; hectic-red leaves and scatters fresh seeds over the ground. Shelley thus looks upon the Wind as a destroyer of the old order and the usherer of a new one i.e., as a symbol of the forces that will end all evil and bring about the golden millennium. The Wind also symbolizes Shelley’s own personality.

The poem closes on a message of hope. Turmoil is balanced against calm, life against death, detail against generalization, cold against calm, reconstruction against destruction, plain against hill, and so on. Like a true prophet Shelley dreams and makes us dream:

“If winter comes, can spring be far behind”