The word “diaspora,” was originally coined from Greek term, ‘diaspora’ which means dispersion or scattering.

Jewish people after the Babylonian captivity of 586 B.C returned from exile to
Jerusalem, Jewish communities continued to exist throughout much of the ancient Mediterranean and Near Eastern world, including Babylon, Egypt, Syria, Greece, and Rome. “Diaspora’ referred to the people of that dispersion. The term was eventually extended in this century to refer to other peoples who are dispersed to regions outside their original homeland.
Also Read:

Diaspora literature could be examined using several key features:
1) It is based on the idea of a homeland.
2) Diaspora literature provides narratives of harsh journeys undertaken for various reasons.
3) Diaspora provides accounts of another “sense of place” away from home land.
4) One could read how “homeland-made” protagonists behave in a far of land either adopting or rejecting new cultural codes of their new “sense of place”.
Therefore, when reading diaspora literature, we can learn why and how some people choose to migrate to another country either voluntarily or due to other reasons, and how they get used to living condition.

Diaspora, is therefore, a scattering of the seed in the wind, the fruits of which are a new creation and a fight to survive. Diaspora is a journey towards self-realization, self-recognition, self-knowledge and self-definition. 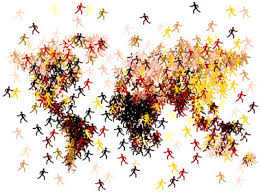