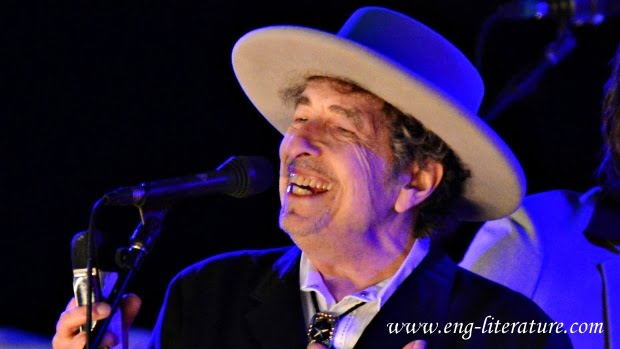 Jubilation has still been going on in the realm of Bob Dylan’s fan. The U.S Songster, Dylan, 75, becomes the first musician in the 115-year history of the Nobel to win the prize in literature. He was honoured for “having created new poetic expressions within the great American song tradition.”

Born Robert Allen Zimmerman in Duluth, Minnesota, in 1941, Dylan got his first guitar at the age of 14 and performed in rock’n’roll bands in high school. He adopted the name Dylan, after the poet Dylan Thomas, and, drawn to the music of Woody Guthrie, began to perform folk music.

He moved to New York in 1961, and began performing in the clubs and cafes of Greenwich Village. His first album, Bob Dylan, was released in 1962, and he followed it up with a host of albums now regarded as masterpieces, including Blonde on Blonde in 1966, and Blood on the Tracks in 1975.

“The frontiers of literature keep widening, and it’s exciting that the Nobel Prize recognises that,” Rushdie said. “I intend to spend the day playing Mr Tambourine Man, Love Minus Zero/No Limit, Like a Rolling Stone, Idiot Wind, Jokerman, Tangled Up in Blue and It’s a Hard Rain’s Gonna Fall.”

Here are some of his most popular quotations that are normally extracted from his heart moving lyrics.