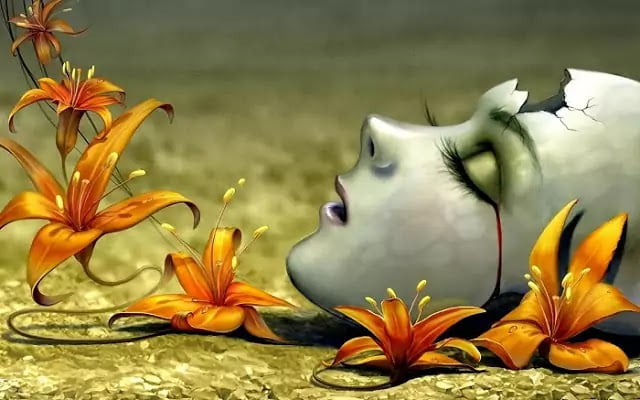 What is Tragedy? Aristotelian definition of tragedy

Aristotle (384 B.C.- 322 B.C.) can be considered the father of western principles of literary criticism. For centuries he was, as if, the lawgiver to the poet and critics. The principles laid down by this clear sighted Greek scholar are characterised by cool, passionless good sense. Aristotle based his theory of tragedy on the examples of the Greek masters like Aeschylus, Sophocles, and Euripides. It is measure of his critical insight that the theory remains substantially valid today.

Aristotle defines tragedy in his monumental book Poetics as

“Tragedy is an imitation of an action that is serious, complete and of a certain magnitude; in language embellished with each kind of artistic embellishment, the several kinds being found in separate parts of the play; in the form of the action, not of narration; through pity and fear effecting the proper purgation of these emotions” (Prof. Butcher’s translation).

So the essentials features of tragedy are:

6)    Resulting  pity and fear among the audience (Catharsis)

Imitation is the objective representation of life as seen through the eyes of imagination. Aristotle in Poetics (Chapter IV) says, “Imitation is natural to man from childhood, one of his advantages over lower animals being this, that he is the most imitative creature in the world and learns at first by imitation.” He also asserts that literature is a function of human nature’s instinct to imitate. This implies that as humans, we are constantly driven to imitate, to create. By labeling this creative impulse an “instinct,” one is to believe that this desire for imitation is a matter of survival, of necessity.

Aristotle does not define the word ‘action’. But we get the implication through the qualities which Aristotle ascribes to it. Action is the plot, consisting of the logical and inevitable sequence of incidents. The action must be complete, which means that it must have a beginning, middle and end. As F.L. Lucas comments, events do tend to occur in clusters. A volcano, even when continuously active has eruptions, which form episodes complete in themselves; and the events of a tragedy are like such an eruption.

Aristotle means verse and song by the term, ‘embellishment’. Tragedy uses different kinds of ‘embellishment’. Verse is used for the dialogues. Chorus speaks in song. These add beauty and decor to tragedy, and their end is to please the spectator or reader. Melody and Verse, however, are not indispensable or absolutely essential parts of tragedy, according to Aristotle.

Besides being serious, the action must have a certain magnitude. The term has been wrongly interpreted as “important” or dignified. It actually refers to the size. A tragedy must of a correct length. It must not be so long that it cannot be grasped in its entirety without confusion. Neither must it be so short that its parts cannot be comprehended properly. Aristotle compares the tragic plot to a living organism in order to bring out the importance of the correct size. It should, at the same time, be long enough to permit the orderly and natural development in the change of fortune, leading to the catastrophe.

About Aristotle’s Theory of catharsis the critics are loud. He says that tragedy must deal with “pity and fear effecting the proper purgation of these emotions” Tragedy exhibits the misfortunes of the tragic hero. A tragic character is not just a person who passes from prosperity to adversity. He must be person who is neither thoroughly good nor thoroughly evil­- a man like us. The fault which brings a man to disaster must be his own. Thus the possibilities of tragedy lie within human nature itself. Therefore the simultaneous arousing of pity and fear leads him to excuse the prejudices of his own philosophical system. Thus the death of Mahatma Gandhi and Jesus Christ cannot create a tragedy because they are persons without any tragic flaw (hamartia) in their characters.

Since pity and fear are the predominant emotions aroused by tragedy, it purges away the dross by providing an outlet for these emotions.  The sight and experience of these purge the human mind of such emotions, or rather, reduce such emotions to a proper balance in the human psyche. There is the “homeopathic” explanation of the ‘like curing the like’. It says that the excitement of tragedy provides a safe outlet for our pent up feelings, which we cannot express in actual life. Plato for instance says: “When babies are restless, you do not prescribe quiet for them; you sing to them and rock them to and fro”. The external agitation overcomes the internal agitation, and leads to calm and peace.

Thus, the Aristotelian definition of tragedy has surely left a finer perfection and better observation of the principles of tragedy. Hence we may regard it the standard of all definitions of tragedy.