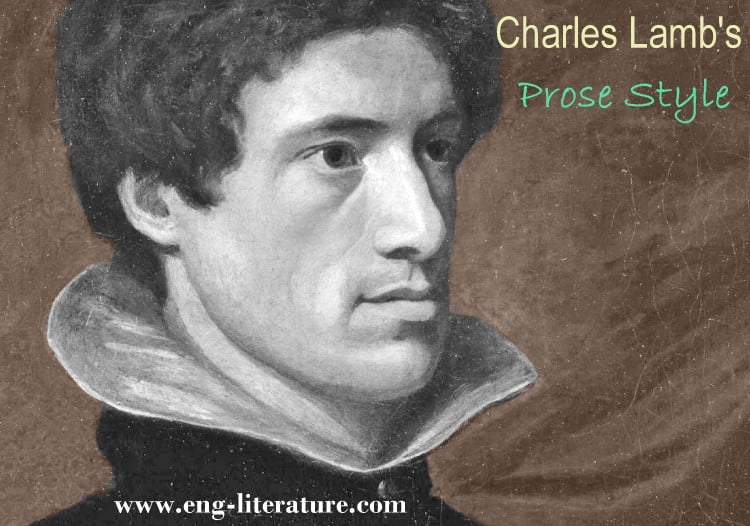 Charles Lamb occupies a unique place in the history of the English prose by virtue of his unique style. All of Lamb’s major trademarks as an essayist are to be found in this work: overall, a relaxed and colloquial voice and a genteel sensibility incorporating elements of humour, whimsy, strong personal recollection and touches of pathos.

Lamb himself characterizes his own style as a “self-pleasing quaintness.” All these mark him out as one of the great exponents of the familiar essay in English in the nineteenth century, along with Thomas de Quincey and William Hazlitt. However, he is unique by the virtue of his telling stories bearing his personality as forever sweet memories, the quality as one of “Elia’s” distinctive hallmarks, along with his fondness for the obscure and other idiosyncrasies.

As already stated, ‘Dream Children: A Reverie’ exhibits all Lamb’s strengths as an essayist. It is short but effective in encompassing a range of moods. It starts out on a convivial and realistic note with the picture of a cozy domestic setting in which the writer regales his two children with stories of the family past; yet by the end this picture has dissolved into nothingness, is revealed to be a mere dream, or ‘reverie’ on part of the writer. It is, in fact, the picture of the family that Lamb longed for but never actually had, as he never married, instead devoting a lifetime to caring for his sister Mary (who appears as Bridget in his essays) who was afflicted with periodical insanity.

The real achievement of this piece lies in the compact evocation both of the solid realism of family life and nostalgia for a family past, incorporating the memory of a lost love, Alice, and also of Lamb’s older brother, before merging into the air of dream. More, he also skillfully conjures a genuine sense of eeriness when the two children reveal themselves to be mere dream, the products of wishful thinking, before the dreamer wakes up:

“We are not of Alice, nor of thee, nor are we children at all …. We are nothing; less than nothing, and dreams. We are only what might have been ….”

Procter has pointed out that Lamb is unique not because of his ‘Elizabethanness’, but that one of the most invigorating aspects of Lamb’s style is his dramatic characterization. Though his ‘Phantasm’; or imaginary characters are best revealed in his essays  The South Sea House, My Own Relation and The Dream Children, we also get a glimpse of – Lamb’s ability of characterization. James Elia of My Relations, but John L- The Dream Children, so handsome and spirited youth, and a ‘king’, Charles’ grandmother Mrs. Field, his sweetheart Alice Winterton are the living pictures in his picture gallery.

Lamb’s another essential component style is his profuse use of quotation and allusions to the older texts. Lamb was a prolific reader and the huge influx of quotations shows that they are constantly in his mind, and are a natural component of his style not raked up on occasion.

George Barnett Lamb has observed, “Lamb’s egoism suggests more than Lamb’s person: it awakens in the reader reflections of kindred feelings and affections” (Charles Lamb: The Evolution of Elia). To conclude we may say that Lamb’s style is a mixture certainly of many styles, but a chemical not a mechanical mixture.