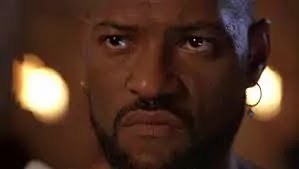 Is Othello a Tragic Hero?

In life, heroes will arise when ever they are called for. It may be the everyday heroes that are seen rescuing a cat from a tree or helping an old lady cross the street. It may also be the heroes that are seen in movies and books rescuing the princess from the dragon or leading their country in battle. Perhaps the rarest hero is the tragic one. William Shakespeare has artfully crafted some of the most prominent tragic heroes of all time. With one of the greatest being Othello. Othello is a tragic hero because of his noble traits, his tragic flaws, and his tragic downfall.

Othello is a true tragic character for he inspires us without any jeopardy and sensational deeds. And when we are about to praise him for his good luck and fame, he finishes it all for once and all partly by his own blindness and jealousy and partly by the tricky cunningness of evil Iago. Othello is liked by all but he is equally pitied for his deed of killing the most beloved Desdemona that left everything for the Moor, Othello. In other words, Othello rises to good fortune merely to fall and provoke a feeling of pity and fear within us causing catharsis. The character is apt for the stature of a tragic hero as laid out by Aristotle.

According to Aristotle, the change to bad fortune which he undergoes is not due to any moral defect or flaw, but a mistake of some kind like Othello‘s killing of his wife is based upon error of judgment and plotting by Iago. This causes pity and fear within the spectators. Tragedy results in a catharsis, emotional cleansing or healing for the audience; this is achieved through their experience of pity and fear in response to the suffering of the character(s) in the drama.

A tragic hero has to be virtuous and “a morally blameless man.” Othello is a moor, a black but honourable man, in Denmark. He is respected for his courageous and brave service to the army. Othello is appointed as a general in the army. We don’t find any moral flaw or defect in his character. Desdemona, the daughter of a senator, is in love with him despite the fact that he is black. They even elope and marry. It makes us appreciate his character. And his fall would cause a feeling of pity and fear among the audience. This merits him the standards of a tragic hero. The fall of Othello would be of high importance because it involves royal blood and may  influence masses in general.

The hero suffers from some tragic error or hamartia which is primarily responsible for his downfall. Iago planned to avenge his jealousy at Othello by misleading him; however, it is an error of judgment on the part of Othello. She is, indeed, Othello’s fair warrior, and he is happiest when he has her by his side in the midst of military conflict or business. He gets trapped. But that error is big enough to decipher his entire career and bring his downfall. It might have been his fate to slay his wife but it was brought about by his own actions and thoughts. It was his free will, though he does so in oblivion of the true state of things. Misunderstanding was his fault.

The audience is filled with catharsis when Othello, a splendid lover and a remarkable general, has come to know the truth only after his wife has been slayed by himself. The, he kills himself. This is the height of pity and awe. There is no option but to weep over the loss. Catharsis helps purging of excessive emotions from a person. By watching the tragedy and feeling the strong emotions of fear and pity on behalf of the characters on stage, the spectator experiences a kind of cleansing of the soul. Metaphorical catharsis from watching tragedy gave the spectators a shared experience that bound them closer together. In other works, Aristotle locates the essence of the self in perception; by sharing perception or perceiving the same things, the spectators develop a sort of common identity.