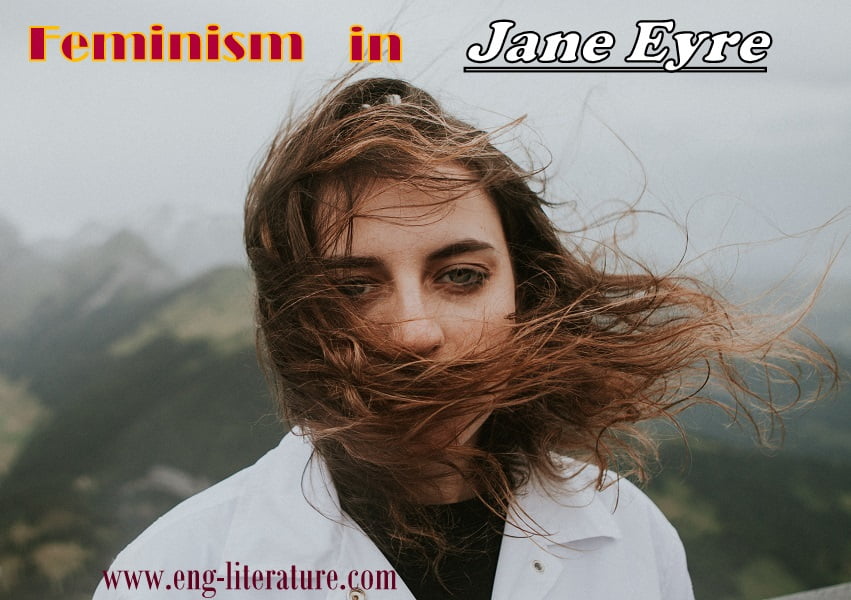 Jane Eyre as a Feminist Novel

Pat Macpherson points out in the book Reflecting on Jane Eyre ,

A feminist is a person whose beliefs and behavior are based on feminism (belief in the social, political, and economic equality of the sexes). Jane Eyre is clearly a critique of assumptions about both gender and social class. It contains a strong feminist stance; it speaks to deep, timeless human urges and fears, using the principles of literature to chart the mind’s recesses. Thus, Jane Eyre is an epitome of femininity – a young independent individual steadfast in her morals and has strong Christian virtues, dominant, assertive and principled. That is marriage should base on true love, equality and respect rather than social ranks, materials or appearance.

In the 19th century, women were considered to be appendages to men. Marriage and family life were the whole world to women. Women depended upon men physically, financially and spiritually.  Bronte sisters grew up in a poor priestly family. Their mother died of lung cancer when the children were very young. As there was no sunlight in the depths of winter, the children’s childhood was desolate and without joy. Fortunately, their father, a poor learned priest, he himself taught them reading, and guided them to read newspaper. This would be a relief in the midst of sadness. Because of the miserable life, Bronte sisters had spent a childhood in charity school. These experiences offered the available materials for the prospective creation.

Jane lost her parents when she was young, and thanks to her uncle Jane could live a good life, but unfortunately her uncle died after a few years. Her aunt, Mrs. Sarah Reed, regarded Jane as a jinx and her three children (John, Eliza and Georgiana) neglect and abuse Jane. Cold and disparaging, Aunt Reed always treats Jane Eyre as an encumbrance inferior to a maid and takes her as a doll to show her hypocritical generosity. Eventually one day, little Jane had an argument with her cousin and was beaten. After being locked in a room for a night, Jane was ill and at that time, her early feminism came out: She tells Mrs. Reed,

“I’m not deceitful. If I were, I should say I loved you, but I declare, I don’t love you.”

Then little Jane was sent to Lowood boarding school where she learnt a lot and became much stronger and independence. She demanded the girls in Lowood to wear ugly or even torn clothes, eat far-from-enough harsh food and led a hard life. She never surrendered to the powerful and authoritative person like Mr. Brocklehurst.

Another proof of her free spirit and feminist ideals is her relation with Rochester. Even if she is a governess (less than a member of the family, but more than a servant given her education), she does not consider herself inferior to Rochester in terms of spiritual qualities. She insists she is much more than her social status, saying-

During this period, Jane covered her name and wanted to make a new living. Being a teacher in a small village, she made friends with John and his sisters. Though John is a handsome guy and he proposed to Jane, she cannot accept him- this is the reflection of her iron determination in pursuing true love . In a word, she does not want an affection-less love. A decent and handsome man as John is, Jane Eyre cannot accept him because his love would be “one of duty, not of passion”

In all Jane Eyre’s life, the pursuit of true love is an important representation of her struggle for self-realization. Love in Jane Eyre’s understanding is pure, divine and it cannot be measured by status, power or property and so on. Having experienced a helpless childhood and a miserable adolescence, she expects more than a consolable true love. She suffers a lot in her pursuit of true love. Meanwhile, she obtains it through her long and hard pursuit.

Everybody has the rights to pursue happiness, to pursue the true spirit of life, which can be seen from Jane Eyre’s struggle for independence and equality. Jane Eyre’s story tells us that in a man-dominated society, a woman should strive for the decency and dignity. In face of hardships in life, the courageous woman should be brave enough to battle against it. Self-esteem is the primary element to protect. She dares to fight against the conventional marriage ideas, which well reflects all feminists’ voice and wish for a true love. Maybe Jane’s choices are considered something shocking, but it really gives a blow to the Victorian society.