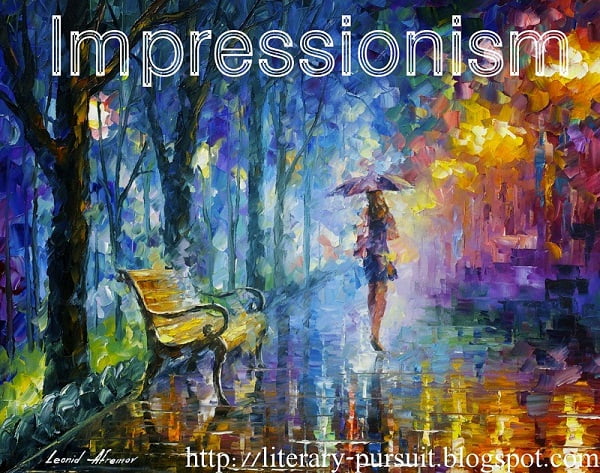 Impressionism is an artistic movement heralded in 1870s in France. Impressionists always seek to capture a feeling or experience rather than to depict accurate depiction and perfection.

Characteristically impressionist painting include relatively small, thin, yet visible brush strokes, ordinary subject matter, and unusual visual angles. They were always against the rules of academic painting. Among the impressionist painter van Gogh and Renoir come in front.  Painters, however, aren’t the only artists whose work is impressionistic.  There are several authors who also can be placed in this “school,” including Joseph Conrad, James Joyce, and Henry James. Edouard Manet’s Le déjeuner sur l’herbe (Luncheon on the Grass) was perhaps the most controversial piece of art in the 19th century as it depicts nudity of the contemporary setting candidly. Alfred Sisley’s beautiful pastoral scene displays a gentle color-palette, evocation of tranquility and peace, and emphasis on the overall quality and atmosphere of a landscape.

Note: Struggling with writing a literature review? Do you need professional help? – Feel free to send your write my literature review for me request to experts from WriteMyPaperHub service.

Impressionism in music refers to an idea or affect through a wash of sound rather than a strict formal structure. Claude Debussy is a prominent impressionist in music.

Joseph Conrad’s TheHeart of Darkness is often regarded as one of the prime examples of Impressionistic literature. Throughout the novella, we witness the inner workings of Marlow’s thoughts and emotions as he journeys up the Congo River toward the Inner Station and his encounter with Kurtz. In fact, it is Kurtz who presents the major focus on Marlow’s attention. However, Marlow never comes out and explicitly tells us what he thinks and believes about Kurtz; instead, Conrad leaves us to draw our own conclusions.

Kurtz, too, is much the same. He also shares his thoughts and feelings about his job and his role in the African jungle and the reader is left to “read between the lines” to interpret his exact meaning. No example could better exemplify the element of Impressionism with the novella than Kurtz’s final words: “the horror, the horror.” We do not know exactly what “the horror” is and instead are left to devise our own interpretation.

Post impressionism originated in France in the late 19th century. The major artist of post-impressionism artist include Vincent van Gogh and Paul Cézanne.